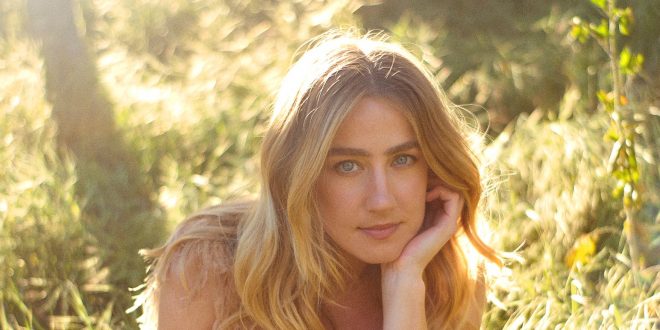 Ingrid Andress shares official music video for “Feel Like This”

Celebrated singer/songwriter Ingrid Andress has released the cinematic music video for her optimistic “Feel Like This,” premiering across all MTV & CMT platforms this morning. Directed by Olivia Bee, the clip portrays the dichotomy between a toxic former flame and healthy new love. Highlighted as a New Release Spotlight on Facebook, V Magazine is also sharing an exclusive behind the scenes look from the video shoot, including multiple never before seen photos.

With its “knockout of an opening line” (Consequence of Sound), “Feel Like This” was co-written by Julia Michaels and made its TV debut recently on ABC’s Jimmy Kimmel Live!. “Getting to work with Julia Michaels for the first time and realizing that we are literally the same person was awesome,” she explained in a recent Variety interview profile. “It was actually a beautiful, magical day. We were both falling in love with people at the same time, and I feel like we really captured that.”

“Feel Like This” is one of thirteen brand new songs featured on the 3x GRAMMY-nominee’s latest release, Good Person, where Andress returns to the reflection and confession at the core of her acclaimed debut, Lady Like, and plumbs even deeper. In the co-producer’s chair once again (alongside Sam Ellis, who played the same role on Lady Like), Andress pushed for bold, experimental sounds that blended banjos with vocoders; swung from sweeping orchestration to spare, acoustic-based arrangements; and showcased previously unexplored parts of her vocal range.