Home / Album Reviews / Single Review: Litvar “No One Tastes Like You” 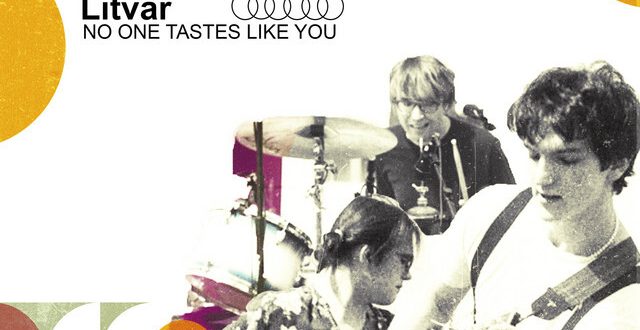 The unabashedly DIY qualities in the new music video for Litvar’s single “No One Tastes Like You” immediately bring to mind a retro variety of alternative rock – arguably the genre’s greatest era – but the substance of what this song is all about has little to do with the past and everything to do with the here-and-now. Rather than exploiting a throwback look for the cosmetic features of the aesthetic alone, Litvar is trying to grow from a bygone scene’s ashes, and they’re inarguably doing a better job than anyone else has at the same task in their release of “No One Tastes Like You.”

A dueling vocal exchange creates a lot of fierce excitement with the lyrics here, and because so few rock bands have been utilizing the technique in recent years, it feels especially refreshing. The attributes this group sports could definitely earn them a lot of comparisons to artists of the past, but it’s how they’re putting them to work that generates the most endearing elements of “No One Tastes Like You.” They’re not trying to recycle old news, but instead do what others just couldn’t – mostly for reasons that feel more political and scene-born than anything else.

Smart rock like this doesn’t come around nearly as much as it used to in the American underground, and it’s to this end that Litvar is riding a big wave into the autumn season.

“No One Tastes Like You” is an emotional, hard-charging rocker that doesn’t make any compromises and yet produces a lot of melodicism that doesn’t ever feel inorganic, and for what I look for in this kind of alternative jam, the track couldn’t be any more well-rounded. Litvar has more growing up to do, but this is a band that needs to be on your radar if you’ve got a thing for indie rock.

Tags litvar no one tastes like you single review