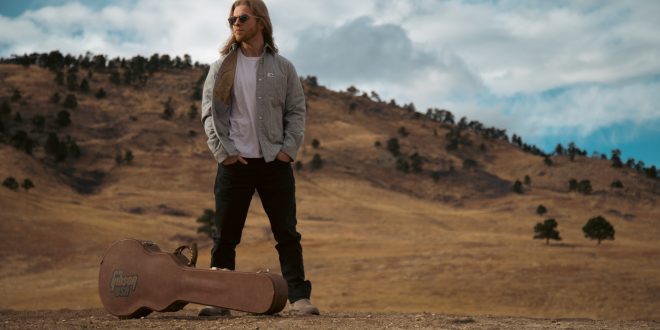 Americana singer/songwriter Vince Vanguard has always wanted to write his own music. But before he could do this, he had to find his path. While he did own and operate his own production company and recording studio, he ended up falling to his overindulgence. With some time and a little bit of reflection, he is now ready to share his vulnerable and personal album, Spirit Blues.

“I talked about recording for years, but couldn’t make it happen until I made some important changes. I guess I hid in that studio,” Vince shares. “These songs were written and recorded for me. I wasn’t trying to be commercially successful, or catch a certain group’s attention. They’re all just my pain and existential rumination, and the need for their cathartic release.”

He just released his americana and folk rock song “Broken Bones.” His Jackson Browne-like voice meets a more rock powered Allman Brothers or Grateful Dead in the melody. Lyrically speaking, it’s a poetic story of the collective hopeless feeling we all have. He sings “Headlines read/Anarchy is on the rise in the west/Kings and thieves/Are one in the same these days I know.” It’s a commentary on our current society and features the dramatic cultural and societal whiplash we’ve all experienced.

Spirit Blues snapshots the crossroads moment before Vince found his way forward, and it will remain a powerful reminder of a transformative time. Reflecting back on it all, Vince says: “I needed to get these songs off my chest to break ties with my past. Now, I feel like I can move on.”

Stephen Vicino is the founder of MusicExistence.com. He created this site to give talented musicians a voice and a way to be discovered.
@@svicino
Previous The BRKN continue live video series with the release of “Therapy Session” + fall tour starts September
Next Bonnie Milne Announces New Single/Video “Green River Sway” From Her Latest Album “Anticipation”