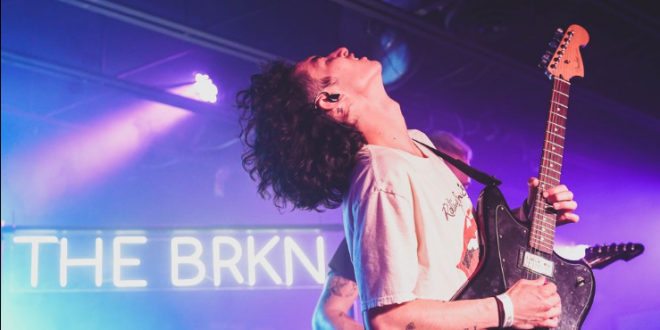 As they gear up to take their show across the pondThe BRKN will be releasing a live video series shot during their recent US tour run. Out today is “Therapy Session,” Atwood Magazine said, Therapy Session” is housing a dramatic vocal performance that may be second to none” – AtwoodMagazine.

See the video here: https://youtu.be/3pT2xDIfcEE The Denver-based band is Jacob Cade [vocals, guitar], MikeBokenkamp [drums], and MJ Younkers [guitar]. The trio is excited to bring their indie-pop sound on the road for their first European tour run. “We’re heading to Europe for the first time ever. Big thanks to The Dangerous Summer for giving us a big chance on an opening slot with them. New music is in the works as well as more touring,” says frontman Cade.

The BRKN released their debut EP No. 3 in March 2020, followed by Come Outside in June 2021. They started 2022with the release of “Coffee” followed by “Not The Same” and plan to release more single songs leading to a new album. Hear more from them here: https://open.spotify.com/album/2xnPw22w4GpUvVIpLEzgbx

The band has been winning over audiences and listeners with their songs that balance joy and angst with strong vocal harmonies, melodic hooks, and interwoven guitar work. “open-hearted songwriting and energetic performance style are two of the defining features of The BRKN’s music” –American Songwriter.

Stephen Vicino is the founder of MusicExistence.com. He created this site to give talented musicians a voice and a way to be discovered.
@@svicino
Previous RISING DC SOUL CROONER JRU ANTHONY’S NEW “GREENLIGHT” SINGLE & VIDEO ARE OUT NOW LIFE FOR NOW LP SET FOR SEPTEMBER 23 RELEASE
Next Vince Vanguard’s “Broken Bones” is a commentary on our collective feeling of hopelessness