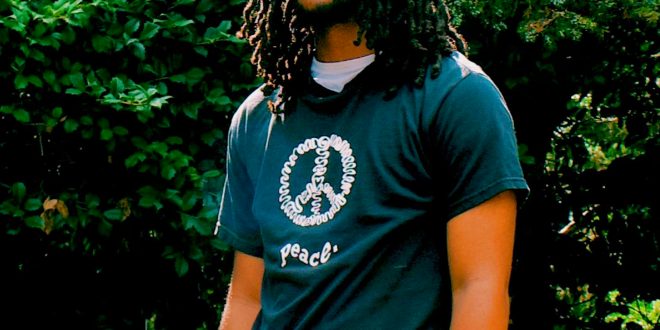 The smooth, sensual “Greenlight” is the lead single from Jru’s forthcoming Life For Now LP. Slated for a September 23 release, the funky, mesmerizing collection traverses’ psychedelic soul and is entirely self-produced by the 19-year-old Washington, D.C.-born and raised artist.

Throughout the album, Jru explores the emotional highs and lows of life and relationships. It marks a strikingly mature album from an artist yet to enter his twenties. “Greenlight” is an inviting song about getting positive vibes from the object of your affection, while “97 Chevy” details pursuing a girl while his guard is up.

On the pulsating “Move On,” Jru chronicles the strife people experience when life is an emotional rollercoaster. “Music has always been a release and has a therapeutic nature to it”, Jru says. “That’s especially true with this record because I was actually going through these things in real-time.”

Elsewhere on the LP, Jru demonstrates what it’s like to be pursued on the up-tempo “See You” and gets serious on the ultra-funky title track. He also flaunts his musicianship on the acoustic guitar-driven “Fouram” and delivers innovative funk sans percussion on “Dark Shot.”

I know a lot of people have gone through some of the same things, so I just wanted a place for people to feel like they have somebody else to talk to,” Jru explains. “It’s like a therapy album for me, and I hope, for everybody else.”

Stephen Vicino is the founder of MusicExistence.com. He created this site to give talented musicians a voice and a way to be discovered.
@@svicino
Previous INTREPID BLOOM Releases “Dark Horse,” Debut Single Off of Upcoming EP, ‘Missing Link’!
Next The BRKN continue live video series with the release of “Therapy Session” + fall tour starts September