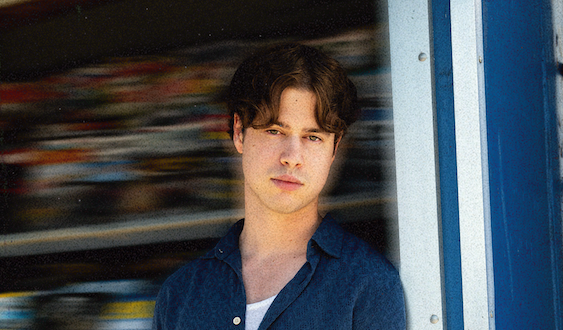 Speaking about it, Blake reveals, “‘Magazine’ is about my sister who has been suffering with drug addiction for a long time. Luckily she made it through the other side and is doing really well but I learned that my parents put a lot of blame on themselves for how her life played out. This was baffling to me because they are amazing parents but I came to realize that that’s a very natural response for parents of addicts and really, anyone who has any relation to an addict. It was important to me to write a song to remind them that even if they changed every little thing about the way they raised their daughter, it probably wouldn’t have made a difference in the choices she made.”

Along with new music comes exciting news of North American headline shows set to take place this October in Los Angeles and New York City. For more information and tickets, go to: www.blakerosemusic.com

Ahead of his headlining dates, Blake is set to join girl in red for select dates on her SOLD OUT North American “Make It Go Quiet Tour”, starting on September 12 in Tulsa, OK, making stops in Denver, Salt Lake City, Seattle, Portland, and Phoenix on September 25. Blake is also confirmed to join Australian singer-songwriter Dean Lewis on an extensive New Zealand and Australia tour, from November 3 through December 3.

‘Magazine’ is the first taste of new music from Blake Rose since the release of ‘Demon.’ The Australian born, Los Angeles-based artist originally debuted the track on tour with ASHE, releasing both an incredible live performance video of the song, as well as an official music video.