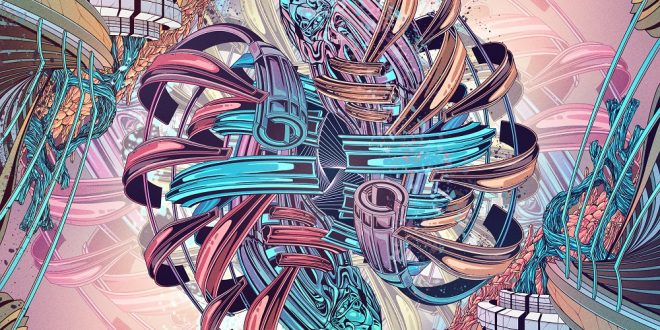 Ioish (pronounced eye-o-ish) was created by Vaibhav Bhutani, a prolific guitarist based in New Delhi. At its genesis, Ioish was a home studio project which later found some traction by enlisting Abhinav Chaudhary on bass and Anshul Lall on drums, both being known figures in the independent music scene. The trio indulged in creating and playing music in the ambient/post-rock genre.

Their first EP titled ‘We Move The Sky’ was released in 2016 and was supported by a 5 city nationwide tour (Delhi, Bombay, Bangalore, Pune and Nashik). 2018 saw the band’s second EP titled ‘Reconstructing Dreams’ in which they explored a fresh, reworked sound. Delving into the arena of electronic elements and cinematic passages to create a wondrous experience. Since then the project has moved on with Shantanu Sudarshan on drums and Vaibhav as the composer and the duo look forward to collaborating with artists from all around the world.

ioish’s sound is a mix of soulful guitars layered with atmospheric textures that are soaked in melodious grooves and riffs evoking a progressive rock feel. The combined elements make for an immersive and moody trip for the audience. One that they can immediately engage with. Over the years ioish has played alongside bands like Tides From Nebula, I Am Waiting For You Last Summer, The Ocean Collective, Intervals and As I Lay Dying during their Indian tours.

Vaibhav took time out of his busy schedule to answer some questions for us:

Tell us how you began playing guitar, and who some of your guitar “heroes” or influences are?
I started playing guitar in high school, around 7th grade. I remember there was a music teacher who played a minor and e major chords in a flamenco strumming pattern and I thought to myself “Oh damn I want to do that”. I got a very cheap guitar after months of convincing my parents and by the time I had one, that teacher had quit. As we didnt have many resources on the internet about 18 years ago, I had to figure out how to make the instrument work which was an experience I’ll never forget.

Growing up in a country like India where Bollywood is the mainstream form of art. I had to depend on stuff like Ares, limewire etc to discover new music as there was no youtube or any such thing back in the day. The first song I fell in love was Wake up by Rage Against the Machine. To be honest, I wanted to watch the matrix and ended up downloading the soundtrack instead of the movie so thats how I stumbled upon on of my heros, Tom Morello. I love how he can make the guitar sound like anything. Through that, I discovered one of my favorite bands ever, Tool. I reckon if you listen to tool as music and not calculated piece of tailored art then you hear some of the greatest sound 4 people can make at one time. Other than that, When I heard building the church by Steve Vai, I literally lost it. He’s literally done everything possible with a guitar.

How did you put the band Ioish together, and what does the name mean?
After being diagnosed with Arthritis, I couldn’t play much and I had given up hopes of ever being a professional musician. I made ioish just to make sounds for the sake of making sounds my intention was never to show the world what I could do but with time and people accepting my art. I got the confidence to make it a live act. I am glad I did because we have shared stages with people I looked up to as a kid. Acts like As I lay dying, Guthrie Govan and The Ocean to name a few. To be accepted and be liked by people I looked up to as a kid boosted my confidence even more!

Following your first EP release in 2016, the band did a tour. Of all the cities that you visited, which was your favorite and why?
It was a super fun DIY tour. Things dont work how they do in EU or the US in India. You literally have to make sure that the venue or the local thugs also known as “organizers” dont back out at till the last moment. We played in all the major cities and the response was great! Our last show was at this tiny city called Nashik near Mumbai. To be honest when we got there all of us were skeptical about playing because we were super tired and it was the last show of the tour and at a very unusual place. It was a video game arcade with glass windows all over the place and during the soundcheck everything was vibrating so we were doubting everything until we got on stage and where we expected about 10-20 people to show up as not many people know about Nashik. The place was sold out and it happened to be one of the best shows we’ve played till now, mostly because of the element of surprise that the beautiful people of the city gave us, their trust and their ears.

The band has morphed into a 2-member collaboration, featuring guests from around the world. How has the band’s sound changed, and where do you see your music going in the next 3 years?
Now the ex bassist, Abhinav was the guy who convinced me to take the whole act live. He went on and had different plans for himself but I couldn’t back down from the rush playing live gave me. Shantanu has always been considered one of the best drummers in the local music scene and in the world (just wait till the whole album is out) was his childhood friend so that’s how I we connected again after years.

Tell us about your latest music release. What can fans expect from it?
So we have a song called Radiance out already, its the intro to the album its not quite what ioish sounded like so it kind of creates a divide which is interesting to look at from someone who’s making the art. The next sond, What You Need it For is out next month. It features one of the local veterans, Nikhil Rufus Raj on bass who has played for bands I used to love when I was in school! I am super stoked to have him on the music I have made. We also have Meredith Moore who composed the horn section. She plays with giants like Paul McCartney, The Royal Orchestra and shes composed for a number of Pixar movies. This album also marks the introduction of animated visuals related to all the tracks which is something I make when I need a release.

where do you see your music going in the next 3 years?
Well I would love to collaborate with anyone! I love how music works, bands like coldplay or maroon 5 are usually looked down upon because of how “sellout” they are but I beg to differ. I think thats what makes music beautiful. People from different backgrounds and cultures just speaking the same tongue. Thats what I would want with my music to, collaborate with all the people I can to make it a collective effort more than a selfish one.

What do you like to do when you’re not playing music? Any outside interests?
Well, I barely get the time to live. I have a day time job as a counselor, a sound therapist and an audiologist. As I am the only one who invests in the band, monetarily, I have to work a lot in order to keep this going so please show some support by buying the music or the merch 🙂 Though when I do need to take a break, its all about video games for me! I would consider myself a huge nerd. I love breaking things down just to see how they’re made even though I cant assemble them back. I love knowing more about things as I think everything is connected in someway and questioning whats in front of you can help you a lot!