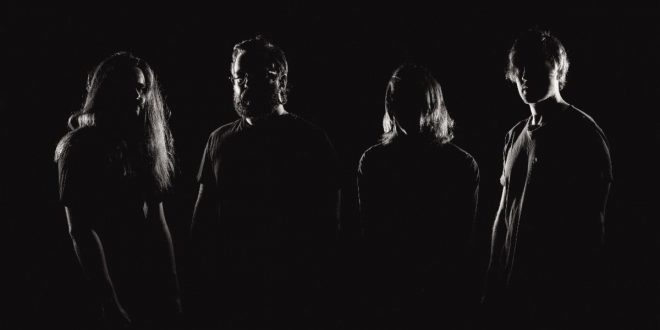 Holy Fawn, who recently announced the Sept. 9 arrival of their eagerly-awaited new album, Dimensional Bleed (via Wax Bodega), offer a final preview of the 10-song collection with today’s release of “Void of Light”

Singer/guitar player Ryan Osterman gives insight into the making of the track: “Due to the circumstances surrounding the creation of this record, we had a unique opportunity to experiment with ideas and instruments that we wanted to include on Death Spells but didn’t quite have the space to do. With the process for Dimensional Bleed being so heavily remote based, we were left to our own devices and that led to incorporating a lot more electronic and tape elements (along with much more synth/keys), which would become the backbone for many of the songs. I really feel it allowed us to explore a new sound for Holy Fawn as a whole and something we’re really excited to incorporate into this new chapter as a band.”

Early response to the album, with two tracks previously released (“Death Is A Relief” and “Dimensional Bleed”) has highlighted the enthusiasm fans and critics alike have for the Phoenix-based foursome. Stereogum said “Holy Fawn build giant, cresting waves of uplifting brutality, and they do it without really sounding like anyone else,” with Revolver noting that the songs are “a high-water mark for music that combines the skyscraping atmospheres of post-rock with the heavy breadth of textured metal.”

Album pre-orders, which include a selection of limited-edition vinyl variants and CD, as well as digital pre-saves, are available now – HERE.