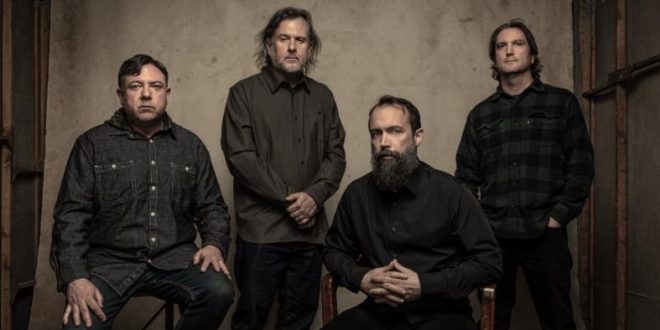 Discussing the track, frontman Neil Fallon confides “The lyrics for Slaughter Beach were inspired by a late night walk along the southern Delaware Bay. Odd things happen there.”

The official video for the track was directed by My Good Eye’s David Brodsky and embraces the band’s trademark story-telling skill.

The track is included on Clutch’s upcoming thirteenth studio album – Sunrise On Slaughter Beach – a slamming summary of everything that makes the band great and another giant leap forward into career longevity. Set for worldwide release on September 16th via Weathermaker, fans can pre-order now here.

New bangers like “Red Alert (Boss Metal Zone),” “Nosferatu Madre,” “Skeletons On Mars,” “Jackhammer Our Names,” and “Mercy Brown” take their rightful place alongside Clutch classics. Sunrise On Slaughter Beach is the natural culmination of what Clutch began as teenagers in the early ‘90s.