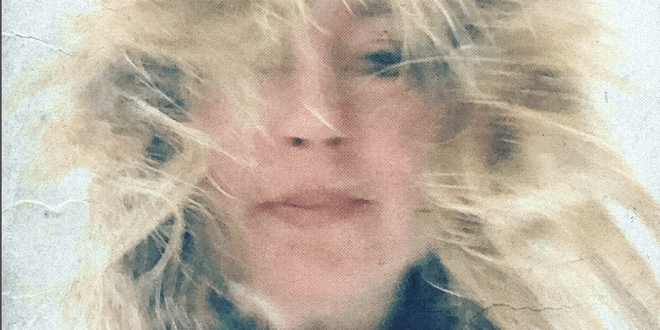 Coco O’Connor’s crowd-sourced fifth album release Big Reveal demonstrates the sort of consistent grassroots support niche music communities are relying on to remain viable. You can’t really place the ten tracks of this album in a comfortable classic or retro country niche. It shares common ground with those songs, but it also runs concurrently with blues and even outright rock textures. O’Connor has the skill, however, to bring these seemingly disparate threads together in one package while never allowing any particular voice to become dominant for too long. They are recognizable yet fresh each time out on Big Reveal and hold up under repeated listens,

She throws her lot in with a bold and assertive opening statement. The slamming “Ain’t No Shame” is a statement of purpose, as if a veteran artist with now five albums to her credits needs anymore statements. It’s a what have you done for me lately world, however, and Coco reminds listeners that she’s got a voice capable of blowing a door down or rocking you to sleep.

She opts for the former here. It isn’t all brute bluesy power alone, however, as you can readily hear plenty of finesse laden through the song. None of the album’s ten tracks suffer from heavy-handed treatment of any kind. Her range is apparent for first time listeners as well. O’Connor transitions from the emphatic roar of the opening track into the much looser and relaxed vibe of “No Crossroads”. It retains the same essential songwriting character, especially the blues, but that quality is much more subtly employed than before.

The album’s first real stylistic foray into country fare comes with the title cut. It’s a sign of confidence in her material that Coco has placed the title song so early in the track listing and light-footed amble of the song gives us much-needed contrast. Coco’s singing, however, seamlessly moves from the blues and R&B colored yearning of the opening pair into the gentler and delicately wrought terrain of the title song.

“Goin’ Nowhere” has one of the album’s most imaginative arrangements. It owes a great deal to O’Connor’s affinity for blues and R&B, naturally, but some may hear inklings of jazz coming through as well. The vocal arrangement alludes to a jazz feel as well. It doesn’t have quite the same immediacy as earlier songs do, but it’s a grower. “1001 Things” couldn’t be much more different. We are in the middle of a slowly evolving piano-led track here rather than swinging and rolling our way through a handful of changes. “1001 Things”, however, is one of the most affecting new songs of its style released in some time.

“Redbird” ends the album on a downbeat note lyrically. The music and, ultimately, the song’s existence refute any notion of its ultimate message siding with despair. Coco O’Connor and any other singer/songwriter who understand their art would agree that one of the chief purposes behind song and the act of singing is giving utterance to the joy of living and that’s just as true in the saddest song as any. There are sad songs on Coco O’Connor’s new album Big Reveal, but there’s abundant life as well.