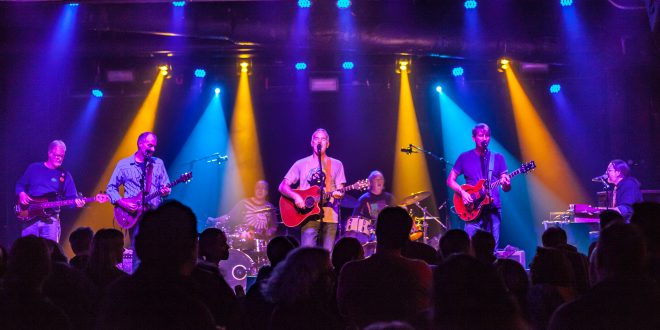 The jamband New Potato Caboose, named in homage to The Grateful Dead, have just released their new album, ‘It Ain’t a Thing,” a collection of songs that depicts their career arc from their youthful beginnings to their current outlook on life, love, and living. It contains new songs, like the New Orleans-inspired swamp-jam “It Ain’t a Thing” and the southern rock ballad “Georgia Angel,” unreleased songs from when they took a break from touring like the playful “Duke of Awesome” and the fun and vivacious “Weed,” and old fan favorites like the grungy “Brave New World” and the textured “Hey Now Julia.”

The concept of this album was conceived during a recent concert, when the entire band had an “ah ha” moment with the vibe and energy of the sets. You can hear their inspirations like Crosby Stills and Nash and Little Feat. As a crowd-funded, independently-produced album, Caboose fans will share a huge part in its success.

Stephen Vicino is the founder of MusicExistence.com. He created this site to give talented musicians a voice and a way to be discovered.
@@svicino
Previous Slim Sly Slender’s “Black Charger” is a Genre Bender
Next Dallas Bombshell Lady Redneck Releases Patriotic New Summer Single ‘Livin’ In The USA’