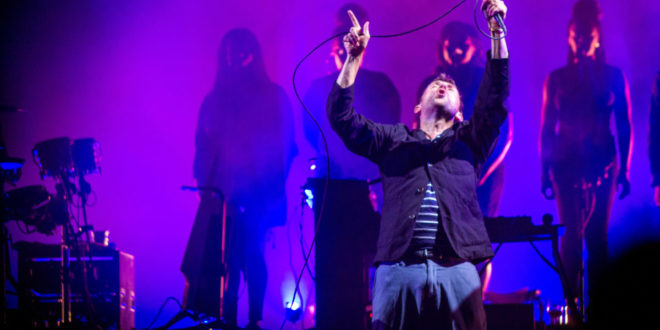 In a delirium of police lights and hallucinations, the BRIT and Grammy-winning virtual band Gorillaz ring in a new dawn, teaming up with Nexus Studios to create the epic psychedelic video for their summer banger ‘Cracker Island ft. Thundercat’. Directed by artist and Gorillaz co-creator Jamie Hewlett and the Emmy nominated Nexus Studios director, Fx Goby, Cracker Island takes viewers on a late night journey into the City of Angels.

Murdoc said – “Think of it as the final scene in the movie, the bit after the grand finale when the hero (me) is about to stride into the sunset, credits rolling. That’s right, we’re starting at the end. Why? COS I WORK IN MYSTERIOUS WAYS.”

Originally based at Kong Studios in West London, the group of musical misfits – Murdoc, Noodle, Russel and 2D – have relocated to Silverlake, California as they recruit new members to join ‘The Last Cult’, in search of the one truth to fix the world.