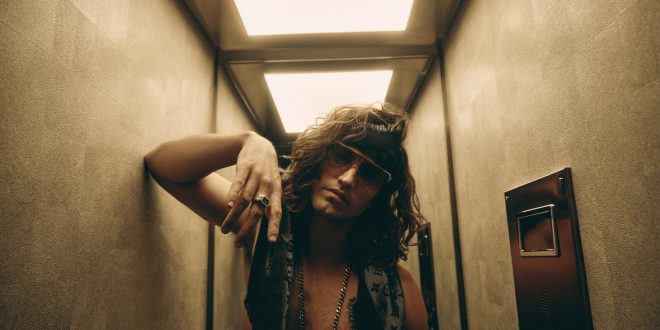 Singer, songwriter, and producer Asher Monroe has officially revealed the details for his forthcoming album, Windows of Time, out July 13th. Packed with hushed drama, rich instrumentation, and colossal choruses, the album promises Asher’s artistry mature into a sound that feels utterly timeless. Lyrically, Windows of Time is soul-baring and weaves a spiritual thread throughout its tracks while Asher speaks to his passions as well as his personal life, tapping into his happy marriage to The Real Housewives of Beverly Hills newcomer Diana Jenkins and the joys of recently becoming a father for the first time. The album is available now for pre-save HERE.

“I wrote all the lyrics for the album in Croatia over a span of 3 months. I locked my phone in a safe, read the entire Old Testament, jumped into the sea every day, and acted as a channel for whatever inspiration led to be,” shares Asher on his creative process behind the album. He continues, “I treated this album like it was the last one I would ever make. The vocals, production, and songwriting had to be on a very high level that I had never pushed myself to do on prior projects. My intention on making this body of work was not to chase trends or fit in with the current sound. I wanted to create something unique, special, and timeless. Focusing on songwriting, storytelling and intricate sounds were of utmost importance.”

The forthcoming 8-track LP, produced by Walter Afanasieff (Mariah Carey, Luther Vandross, Barbra Streisand, Gary Barlow), is an introspective journey of songs about never giving up and living life without fear. Windows of Time will feature Asher’s previously released singles including the cinematic and alluring “Midnight Masquerade,” a sincere portrayal of the corruption of power and narcissism we see throughout the world and “Try Me” which touches upon themes of encouragement and reinforcement of the ones we love. Elsewhere on the album is latest offering, “Wanderlust,” spotlighting Asher’s passion for the world and its beauty as he sings of admiring different locations around the globe and the freeing feeling of traveling while hi-gloss pop closer “Why Do You Love Me?” is pure, piano-driven soul and tackles the vulnerability of love and intimacy. Tracks from Windows of Time have already garnered over 1 million streams, adding to Asher’s 36 million global streams, and received early support from Elton John, BBC Radio 2, Wonderland, Hollywood Life, and Clash, among many others. Full track listing for Windows of Time below.