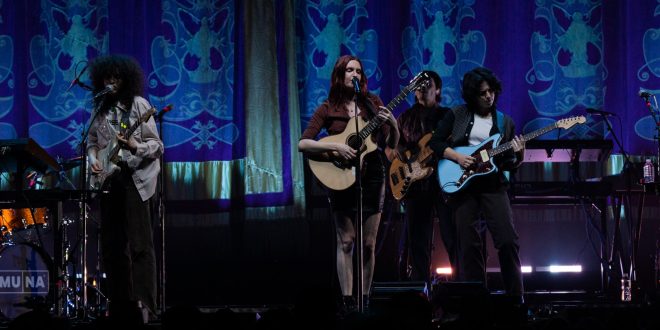 Watch MUNA perform “Kind of Girl” on The Tonight Show

MUNA will play three nights in NYC this week with Phoebe Bridgers before setting off on a massive North American tour this summer. See below for a full rundown of dates. The band is comprised of Katie Gavin (she/they), Naomi McPherson (they/them), and Josette Maskin (she/they). Previous singles like “Silk Chiffon,” “Home By Now” and “Anything But Me” have fans ready for the next new, exciting chapter.