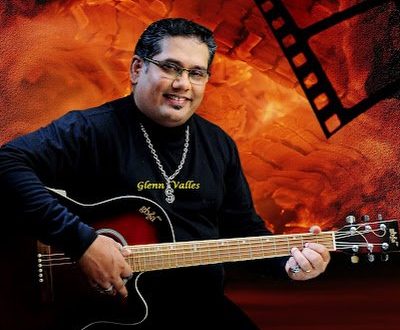 Glenn Valles isn’t interested in alternative country, the surreal pop movement or any of the hybrid sounds coming out of the American underground in his new single “Urban Cowboy” – he’s intent on celebrating the old school, and to me, the tribute is one of the finest I’ve heard in a long time. While the music video for the song is rather simple, there’s nothing cut and dry about the harmonies that Valles sews into the fabric of “Urban Cowboy,” which is the kind of country song that makes you long for the days of Randy, Garth, and B&D.

The video for “Urban Cowboy” is like a document straight out of the renaissance of ‘90s country music, but it doesn’t lean on retro themes to tell us a story. From where I’m sitting, Valles doesn’t need anything more than his lyrics and his melodic command of the music to give us everything we want in this type of single, which is saying something when you take a closer look at this arrangement. He’s leading a full band with a lot of moxie, and better yet, he sounds like someone who has an idea about where he wants to take a harmony long before he ever utters a single verse.

Fans of the classic country music model old and new alike can appreciate what Glenn Valles is doing with his work at the moment, and if you haven’t already listened to “Urban Cowboy” this season, I would seriously recommend doing so a lot sooner than later. This is a singer/songwriter with a real talent for making familiar compositional schemes sound a lot more original and organic than they have in years, and if this is just a sneak preview of what we can expect to hear from him in the future, he’ll make a hardcore fan out of numerous critics in no time.