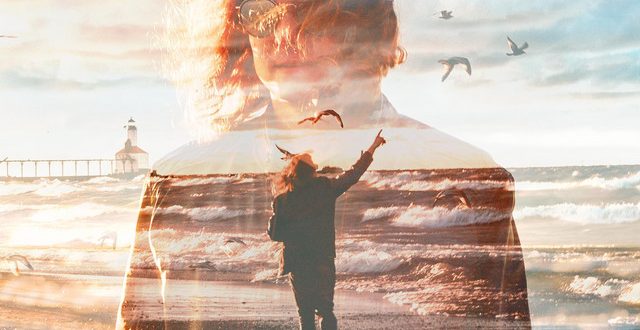 From an instrumental perspective, there’s nothing particularly revolutionary about the new single and music video “Michiana” from singer/songwriter Colin Peterik; to me, it’s how he’s using the instrumentation in this track as opposed to what he’s doing with it that really strikes me as brilliant. Peterik is a simple performer with a penchant for making beautiful harmonies out of the most straightforward of melodies, and in this piece, he’s giving us everything he’s got while still sticking to a familiar structure that has earned its place in the pop music hall of fame.

While the spotlight is fixed on the lead vocal and the lush verses it’s supporting, there’s as much to be said about the backing band giving Peterik a hand in “Michiana” as there is about the man behind the music himself. The sway of the percussion is something, but the collective groove that all of the melodic instrumentation is creating feels like the greater source of movement in this single. Whether you’re a discerning pop music fan or just someone who can appreciate a somewhat retrospective compositional scheme, this is a song that directs our focus to the cohesiveness of the arrangement rather than a single element, which is hard to do when you’ve got a singer as good as this one in the booth.

I’ll say now that there’s a lot more to Colin Peterik than I was initially expecting coming into this review, but between what I had already listened to in his discography and what he’s accomplishing with the release of this latest single, I believe he’s on a good trajectory towards achieving some real respect in his scene in the near future. 2022 is ushering forth a lot of smart indie-pop songcraft, and among what I’ve listened to, “Michiana” is certainly one of the brighter gems.

Previous Let iXP Hype Up Your Mood With His Latest Album, “Victory”
Next Album Review: A Fragile Tomorrow “It’s Better That Way”