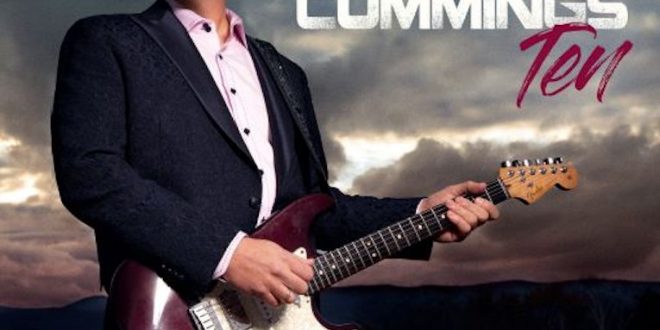 “Need Somebody” is the sweaty new single from fiery bluesman Albert Cummings. Armed with a sweltering guitar and a tale of being ‘so tired of a table for one’, the Massachusetts’s born rocker exudes coolness and sincerity. Capturing the energy and the excitement of a live-recording, the “Need Somebody” music video is a gritty blues rock track punched with high cymbals and a grooving bass line. The tempo is fierce and the sonic journey wide-reaching.

Adding teeth to the tempo and rhythm section, Cummings bolsters the blues-rock tones with his fiery guitar playing. There are times when you think he will rip the sound to shreds, and in quick, rapid moments he illuminates the soundscape with melodic turns. It might sound cliché to say his playing style meets at the crossroads between blues and rock music, but it’s true. He reminds me of the freeing sound of Stevie Ray Vaughn, fused with the intricate grooves of Joe Bonamassa. What you get with Cummings, and maybe this is the overall gist of “Need Somebody” is his true self. He’s laying all his cards on the table. His guitar playing certainly steals the spotlight.

This song to me is confidence. It’s also very sleek and full of depth. The colors that emerged are rusts, bold yellows and golden marigolds. The edge comes in with Cummings’ vocals. He’s got character in his voice – the same way you’d want the wee-hours of the house band to sound. Out having fun, and feeling the music, Cummings’ voice is full of the flavor and that magic that comes along with playing the blues sound. Although, I have to say, he’s not interpreting the blues sound. No. He’s relaying the anguish and frustrations of not being in a relationship with his guitar. His voice just seems to be the trusty sidekick.

He’s authentic. You have empathy for his situation, but you don’t feel sorry for him. And some listeners will certainly relate to the anxiousness and the frustrations of seeing other couples and still having a solo dance card. I think he dwells on it enough to recognize it, but he doesn’t drown himself in sorrow. Nor do I think he saturates the listener with too much guitar – he really finds the right balance.

Cummings also commands the screen in the song’s music video. I wasn’t expecting a huge storyline – with green screen and more. Much to my surprise, I got a birds eye view of a band that is smokin’ hot. The tightness of the sound is caught in the music video. Every third or fourth frame, a film-strip ‘countdown’ filter is used. The band is performing in a warehouse or some sort of large studio. It feels very nocturnal, like the party happens at night. Also in the band (and in the music video) are bassist Scot Sutherland and drummer Warren Grant. This band – this brotherhood- makes it look easy and obvious that they are having the time of their lives. Their energy is infectious.