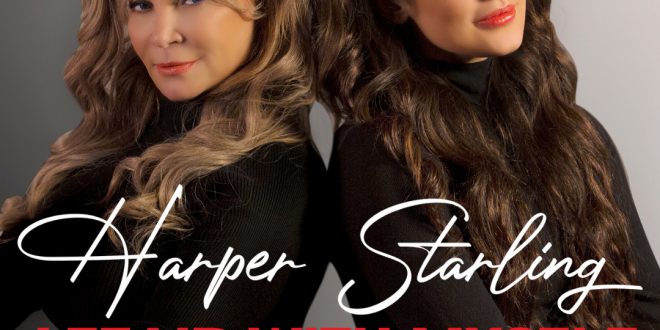 Cinematic videos like the one made for Harper Starling’s new single “Affair With Myself” only work if there are two elements present; a charismatic player on screen, and a worthy hook in the soundtrack, both of which you’re going to find in this intriguing visualizer for the aforementioned track. Starling’s charming control of the spotlight makes it easy to pay attention to the shots here, but it’s ultimately the music that matches the flow of the video that gives us the biggest satisfaction in “Affair With Myself,” which is starting to feel like one of this player’s best tracks so far.

The instrumental structure of this song is pretty cut and dry, but I think that’s the point – while there are other artists in this same genre and peer group that need to be a little elaborate with their concepts to make some noise in the underground, Harper Starling is able to stick with something relatively simple and still sound like she’s creating a sophisticated track. Cindy Valentine’s fingerprints are all over this hook, and when our singer crushes the climax, no one can argue against the excitement they can set off when they’re working together.

Collaborations in pop music should be as good as “Affair With Myself” as a standard in 2022, but because they aren’t this track is going to be well-received by fans as summer creeps in around the corner. This has the kick of a beach-going anthem for sure, but it’s not devoid of lyrical substance (which is not as common as I wish it was in this genre or any other right now). Starling still has something to say with her music, but it’s less verse-dependent than some might have anticipated, and far more focused on multidimensionality than some of her contemporaries will know how to keep up with.