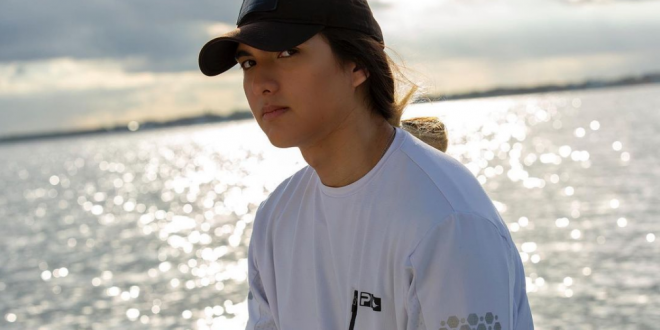 Single Review: Dici – “Do What I Can”

On a boat, presumably off of Miami, Dici is pondering a lot on his mind in the music video for his new single “Do What I Can,” but while he’s trapped inside his own thoughts poetically speaking, what he’s delivering to the audience is anything but inaccessible. Dici’s postmodern fantasies have culminated in a series of really surreal hit singles out of the underground in the past couple of years, and though this just might be his simplest video yet, it’s also one of the most defiantly straightforward, being that its imagery matches the tone of the lyrics perfectly.

Dici’s vocal tends to be the star of the show in most of his releases, but this is a rare instance in which it’s more the foundation of the track than the actual centerpiece. He’s not quite pushing the groove along, but there’s more physicality to this performance than I would normally expect from someone who can form as exposed a harmony as this young player can. The hook is still rooted in classic hip-hop aesthetics, but the conservative stylization of the instrumental aspect here showcases a thoughtfulness in this artist I want him to employ even more.

“Do What I Can” has the spirit of a rap track and the framework of a pop single, and if you’re a fan of either genre I think you’re going to be sorry if you don’t check it out this month. If you’re familiar with the contemporary underground, you already know who Dici is, and he wants to remind us that he isn’t going anywhere but up in this piece. His compositional style is firmly his own now, and whether you’re on the establishment end of the industry or trying to swim with sharks like him, competing artists need to beware of his growing momentum.

Tags dici do what i can single review