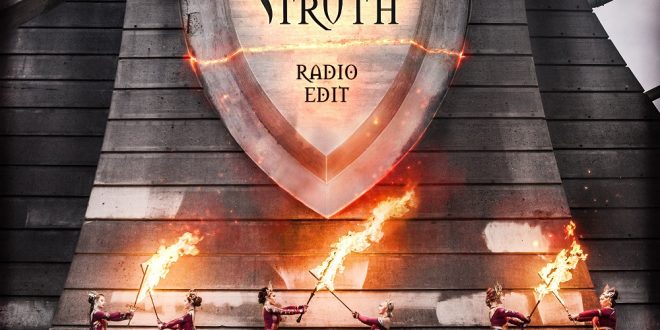 “Flame Of Truth” depicts a journey from the darkness of limitation and suppression into the light of truth and empowerment. (Portland, OR USA)

What do you experience when you hear elements of evocative incantation, ancient rhythms and mythic sonic-scapes, fused with penetrative words of empowered intention? More than a spark of sound, “Flame of Truth”, the authentic new single that is the soundtrack to the Flame of Truth Art Film, offers ignited inspiration and transformative verve. The film Flame of Truth is a multi-media journey of the timeless super heroine’s transformation from the darkness of limitation and suppression into the light of truth, freedom and empowerment. “Flame of Truth” the accompanying single will be released to the public on Friday, May 13th.

“Primarily, I work with the feminine. I believe the world is desperately in need of the medicine of the awakened, embodied, fully expressed feminine. Much of my work is centered around the celebration of feminine strength and power. I hope that my artistic offerings can inspire women and all people in activating a deeper sense of self-love and self-empowerment.” – Sedona Swan Soulfire

Directed, produced and initiated by sacred artist Sedona Swan Soulfire, The Flame Of Truth film is served into the collective with a relevant message of love, courage and strength. Filmed by Mike Lindberg in iconic Portland locations, with the directive and fire production support of Ishani Ishaya and Pearl Sol’Aura, the short eleven minute film features the captivating music and dance work of Chalice Collective artists, a Pacific Northwest based coalition of creatives. Chalice Collective includes all of the above mentioned artists as well as Chakaara Bliss,, Kallum, MirCat, Ayla Rèalta and MoMoagiccc.

Sedona Swan Soulfire is an artist of many forms; she writes, dances, choreographs, directs, and shares spoken word and prayer-formance poetry. She is a graduate of the American Academy of Dramatic Arts, the first performing arts academy in the United States. After graduating from The Academy, her desire to deepen in the movement arts inspired two decades of study, travel, research and immersion. Her discovery of Yoga, Bellydance and Classical Indian Dance were all monumental. Each of these forms inspired her deeply, with their rich cultural essence, supreme beauty, empowered embodied expression and encoded spiritual wisdom. She has studied with incredible teachers and lineage carriers throughout the many years, including Rehka Tandon, Aida Nour, Colleena Shakti, Suhaila Salimpour, Ra Lalita Dasi, Prajwal Vajracharya, Swami Ramananda and Swami Satchidananda. She is Miss Bellydance USA 2008 and has won other various esteemed dance titles, including Bellydancer Troupe of Universe and Bellydance Nationals Group Category Winner. She has appeared on various instructional and performance DVDs and teaches at global online dance school Datura Online. She recently made her way into the literary publishing world with my newly released Cosmic Dancer Oracle.

“I marry all of my knowledge, experience and vision with a humble but wholehearted intention to raise the vibration on this planet, I strive to create work that embodies the mythic and invites in a remembrance of our innate connection to each other, the planet and the magic of life” – Sedona Swan Soulfire

About Chalice Collective The Chalice Collective offers forth an evocative weaving of heart-centric invocational lyrics, enchanted electronic world beats, mystical embodiment and ritual intent. They share their alchemical artistic offerings towards the activation of unity consciousness and the elevation of vibration on the planet. Their powerfully unique blend of song, dance, incantation and entrancing beats are divinely designed to open the heart, mesmerize the mind, delight the senses and inspire the realization of our innate universal interconnection.

They are a Portland based group founded by Sedona Swan Soulfire, the groups primary creative director, songwriter and lead vocalist. Sedona Swan brings a lifetime of performing arts, sacred dance and mystical studies to the group’s alchemical brew. She has spent the last two decades traveling the globe, studying various lineages of esoteric embodiment and has taught and performed her own artistic synthesis of spoken word, dance and invocation internationally for nearly as long.

The Chalice Collectives live performances serve up a captivating and ceremonious experience of multi-modality magic.

They offer their theatrical ritual art transmissions both live and more recently through the crystal-coded technological spheres of video and media. 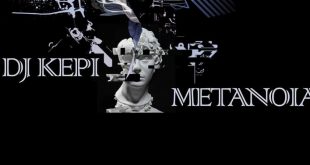 DJ Kepi Is Surging Into Most Inspired Year To Date – Debut Full-Length Album “Metanoia” Is Officially Out 09/08/21! 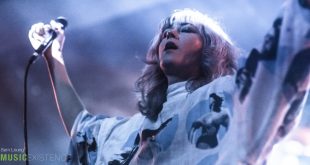 Gallery: Ladytron, youryoungbody at The Wonder Ballroom in Portland, OR (12.13.2019)