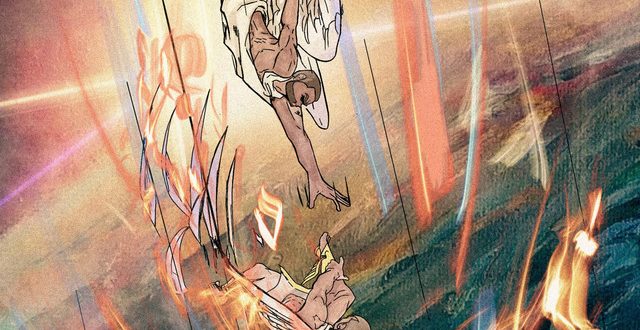 Fluidity is what determines whether or not an album feels complete or not, and despite boasting a few singles that sound larger than life, there’s a strong sense of continuity to 148’s new record Sampati this spring.

Sampati is a lusty effort in hip-hop that sports plenty of melodic tension, from its star track in “Topeka Vibe” to simpler works like “Luv 4 U” and “Odds,” and while it sees these creators reaching for liberal aesthetics, it’s not like they’re not able to sport them quite handily as both performers and songwriters clearly doing their own thing.he vocal tracks in “MIA,” “Body Rock,” and “Pop It” have a little extra muscle that I was not anticipating at all, but their brawn is one of the more appealing elements here. From a lyrical perspective, I don’t think these three songs were meant to be as engrossing as the others, as they sport much more beefiness to their instrumentation and finishing than they do anything in the verses. This doesn’t make the material sound halfhearted though; contrarily, they’re some of the more multidimensional listens you’re going to come across in the whole of this tracklist.

Great hip-hop lives and dies by a solid beat, which is what we’re getting in “Wavy,” “Summer Breeze,” “Topeka Vibe,” and “Pop It.” These songs are specifically groove-oriented, and yet they aren’t leaving some of the more potent melodic elements I like in the other material out of the mix at all. 148 is a duo that can exploit different elements of their sound without ever coming off as being singular in their method of execution, which is one of the more impressive parts of their style if you ask me. There are countless American acts that would want this adept look, but very few that could actually grow into it.

Production quality matters far less than the potency of delivery does in the big picture, but nonetheless, 148 has a terrific polish on this material that makes it easier for us to appreciate all of the detail within Sampati. Personally, I don’t think the Hod-featured “Bankulli” or “Body Rock” would have had as much of an impact without the sonic boost they get from behind the board, which isn’t to say that the push in the performance isn’t enough. When you’ve got it you should rock it, which is what these guys prove so well here.

Sampati is a cunning show of strength for 148, and while it’s got more bends to it than an amusement park ride, its total lack of predictability is what has kept me coming back to this disc over and over all spring long. Led by “Topeka Vibe,” this isn’t an LP that wants for us to look at its contents and assume what might be coming next from 148, but instead a collection of jams that were made for the here and now, which is really as good as it gets in contemporary pop. To me, this is a record that challenges everything in hip-hop only to affirm its love for the foundations of the genre.