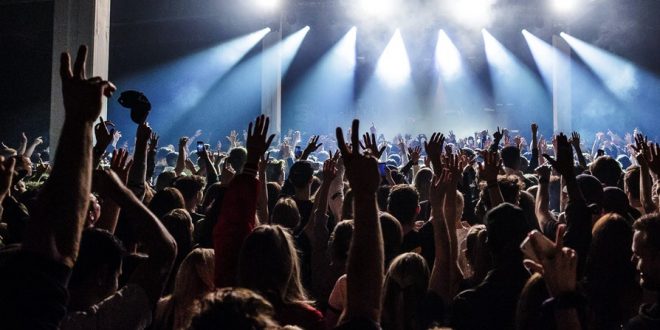 If you just can’t seem to get enough depressive music from The Cure and Morrissey, you may want to consider delving into Twelve Days In June. Although not as sonically adventurous as those two British acts, this group nevertheless has down in the mouth securely down pat.

The group’s album is called Anhedonia, which is a word that means the inability to feel pleasure. And boy, do these players know how to sidestep experiencing joy of any kind! One song on the album, with the deceptively hopeful title of “The Lighthouse,” begins hopelessly with, “We are dying from the minute we’re born/In peril from the moment we crawl/And we’re waiting for our bodies to fail to end this all.” That gives one absolutely noting to look forward to. Of course, the song was written as a response to the 2019 death of the group’s lead singer, so a negative spin on existence is understandable during times like those.

Twelve Days in June is a Pacific Northwest singer/songwriter Dave Hulegaard, and may remind you of the semi-nearby (San Francisco) Red House Painters. That bay area band is led by Mark Kozelek, who also oftentimes sounds perpetually depressed. Hulegaard created this music while working through mental health struggles and toxic relationships. And it shows.

Sonically, Twelve Days in June music is relatively straightforward, pop-rock. It’s mainly guitar music, but acoustic guitars are as upfront in the mix as are the electric ones. It’s a little more beat-heavy than folk music, but not quite loud enough to pass for true rock & roll. Hulegaard sings these songs with a permanent pout in his voice. He doesn’t sound angry or anxious, just kinda sad most of the time.

With that said, though, some of this music is truly beautiful. It’s easy to warm up to “Fables,” which also features Katherine Christie Evans singing on it. The strummed acoustic guitar part may remind you of some of Johnny Marr’s best moments creating acoustic elements for The Smiths. The strings that color “The Sun Sets Over Orchards, Washington” are also beautiful.

Back in the day, Goth rockers explored sadness, mainly just for sadness’ sake. Even causal fans had to wonder, though, how these rich rock stars could be so consistently unhappy. Yes, money alone can’t make one happy. But it helps. In Hulegaard’s case, though, he’s not – yet – some filthy rich music artist. Therefore, his sadness is much more believable. If your life happens to be rolling right along happily while you listen to this album, its songs may test your patience. Especially if you’re (hopefully) still able to feel pleasure. On the other hand, if you’ve been hit hard by the trials of life, you may just find a friend in Hulegaard. Maybe his words describe the tragic state of your heart. In that case, these songs might just have a healing effect on you. Then again, you could be somewhere in between these two emotional extremes. This likely describes most of us. If this is you, just soak in the really lovely acoustic guitar played throughout. Those able to experience pleasure, will most likely feel a whole lot of the stuff with this album.

Stephen Vicino is the founder of MusicExistence.com. He created this site to give talented musicians a voice and a way to be discovered.
@@svicino
Previous VUOLA Releases New Album – ‘ALOUV’
Next Twelve Days In June Release New Single “Hoped You Couldn’t Tell”