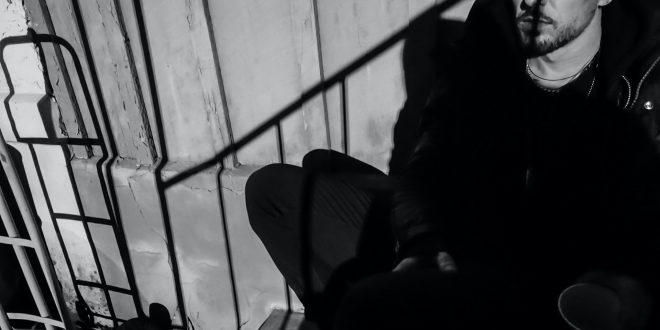 Greg Puciato, who recently wrapped up an extensive North American tour with Jerry Cantrell, has shared a second preview of his forthcoming album, Mirrorcell (July 1, Federal Prisoner) with today’s arrival of “Never Wanted That” and its accompanying video.

“This vid was a nice exercise in making do with what you have available to you, or the creative benefits of limitation,” explains Puciato of the Jim Louvau and Tony Aguilera directed video. “We filmed this in Baltimore, which was special to me, at like 3 a.m., while on the Cantrell tour. It was really the only time I had. We did multiple whole takes and this was the one. Jim and Tony, as usual, did an excellent job. At one point you can see me fuck up the words. I had to learn so many Cantrell songs that I forgot my own goddamned lyrics.”

Puciato once again recorded all guitars and bass for the collection, and continued his long-running relationship with Producer Steve Evetts. Chris Hornbrook played drums on the nine-song album.

Mirrorcell’s arrival caps what has been a particularly prolific period for Puciato. From The Black Queen, to his debut solo album, Killer Be Killed’s 2020 collection, Puciato’s contribution to Jerry Cantrell’s Brighten, and his recent collaboration with Carpenter Brut, the provocative frontman has shown just how diverse he is. Rolling Stone has said that “few singers live, breathe… their art like he does,” or as Kerrang! so neatly surmised, Puciato is “a gifted artist taken at different temperatures.”

Previous DAWN OF ASHES Releases Unsettling, NSFW Video for “EMDR”!
Next 4 Types Of Music That Can Help You Revise For Exams