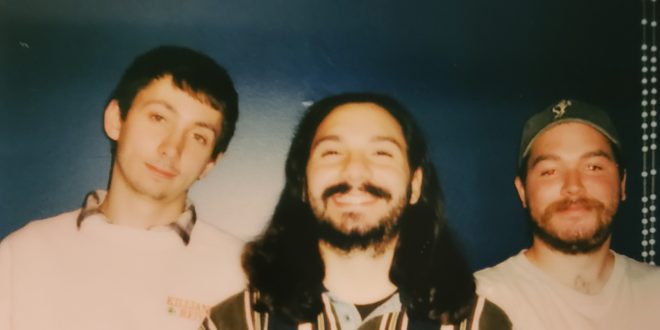 Hudson Valley, New York’s New Vision has just released its debut album With Love. The 10 song LP, which is streaming now across all digital platforms, is a true calling card of the alternative pop-punk band’s sound. “The making of our album With Love took about a year and a half,” explains the band. “We put a lot of work into it and we’re so proud of how it came out. We feel this is our real introduction into the scene and since this is our first full length it holds a special place in our hearts. We want it to leave an impact on people and let them know who we are.”

Along with the album, New Vision has dropped the first single “In The Garden”, which was coincidentally also the first song written for the project. The band’s unique, yet familiar sound touches back on the late 90s and early 2000s surge of indie and emo rock.  “This was the first song we wrote for this LP back in the summer of 2019. It began our journey into the entire album writing process. It took our musicianship to new heights and set the bar for the rest of the album. As soon as we wrote it we knew it felt right.”

The album also features the title track “With Love”. “We came up with the album title before this song was written, but we felt this song encapsulated the mood of the album into one song,” says the band. “It’s not a long song, but the energy fit so well that we granted it title track status. We couldn’t be happier with how it sounds.”

New Vision celebrated the release of With Love with an April 29th release show in New Paltz, NY, with more shows to be added soon. The album was recorded at The Gradwell House in Haddon Heights NJ, and produced by Nik Bruzzese, with additional engineering by Matt Weber and Dom Maggi. It was mixed by Matt Weber and mastered by Dave Downham.

With Love is now available across all major streaming platforms. Listen to the album on SPOTIFY or on YouTube below.

Connect With (Band Or Artist Name):