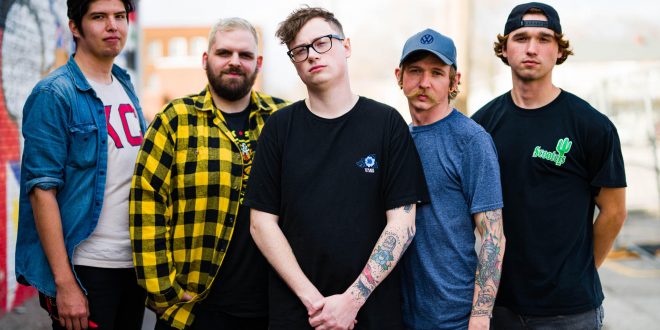 Midwest pop-punk outfit Clearfight has returned with their latest single, “Split Tongue”.  The heartfelt track is a slickly produced slice of modern pop-punk for fans of Knuckle Puck and State Champs.

Lyrically the track deals with mental health.  “Split Tongue is a song about mental health and how your own mood swings can act almost like a sour ex-partner who won’t leave you alone,” explains the band’s Colt Coan. “When you’re riding an emotional high, there’s always the second voice in your brain trying to take you down a step.” The song itself has acted as a form of security for Coan. “The lyric ‘I’ll just accept the weather, at least I’m getting better” has meant a lot to me in my formative years dealing with mental health issues, family issues, and more.”

Clearfight is an emotional pop-punk group cultivated across several state lines within the midwest area. With deeply intimate lyrics, passionate vocal melodies, and roaring guitars, the band is here to make an impact by creating heartfelt, melodic declarations surrounding topics like heartbreak, mental health, and trying to find positivity in difficult situations.

Aside from “Split Tongue”, 2022 has also featured the release of the band’s debut EP, Comfort In Your Skin;  which, like the single, was mixed by Seth Henderson (Knuckle Puck, Real Friends, State Champs) and mastered by John Naclerio (My Chemical Romance, American Authors, Brand New).

“Split Tongue” was produced by Deadfight Records and is currently playing across all major Digital Streaming Platforms. Listen to it now on Spotify or YouTube below.

Previous Single Review: Said the Sky “Walk Me Home (featuring Illenium and Chelsea Cutler)”
Next Simple tips to get the most out of your concert experience