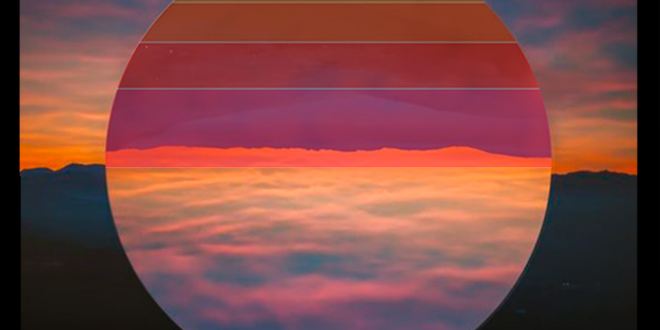 New York’s Monotronic is not just a band, it’s a music collective that defies genre and is nearly impossible to categorize. The brainchild of adventure-seeking global traveler and musician/producer Ramsey Elkholy. The band is releasing a new single with a video to follow titled “In Between” on May 27. Presave it here: https://orcd.co/pnv80ow

They released their debut album in 2019 followed by a series of singles and videos that started in the summer of 2020 with “Kids of Summer” and “Buy Yourself A Dream.” Then 2021 brought “Just Another Day” and “Livin’ In A Lie” which further solidified Elkholy’s storytelling chops and diversity as an artist. Collectively Monotronic’s views and streams have passed the one million mark with “Buy Yourself a Dream” and “Kids of Summer” both debuting at #1 on VEVO’s Incoming Indie playlist as well as garnering significant radio airplay.

When asked about the genesis of “In Between” Elkholy explains, “The instrumental tracking was done during the winter in Costa Rica while escaping Covid. My friend Dan Freeman has a studio in Nosara, which is on the coast and surrounded by lush jungles. It’s kind of hippy place, lots of yoga going on, organic food, ayahuasca retreats. Very simple location, close to nature, which inspired a lot of creativity. When I got back to NY, I started working on the lyrics”.

“Monotronic wrap you up in a melody where punchy drums, energetic percussion, and electronic synths produce nothing but pure adrenaline”– ElectroWow

Elkholy collaborated with musician, vocalist, and engineer Russell Graham to record the vocals for the track. Graham’s work can be found with multiple artists both on stage and off, best known for his work with Nile Rogers, Chic, and Ray Chew & The Crew. Elkholy along with Freeman and engineer Killian Cruiser played and recorded all the instrumental parts to create the track, which Cruiser mixed and produced.

See all the videos here: https://www.youtube.com/channel/UC1rn1JwngbARiyIcTo_YWdQ/featured

Stephen Vicino is the founder of MusicExistence.com. He created this site to give talented musicians a voice and a way to be discovered.
@@svicino
Previous World Renowned Violinist Bernadett To Perform Free Concert For Largest US-Hungarian Event
Next Darkwave Project Distance H Brings Sweetness To Brutality With Debut Single