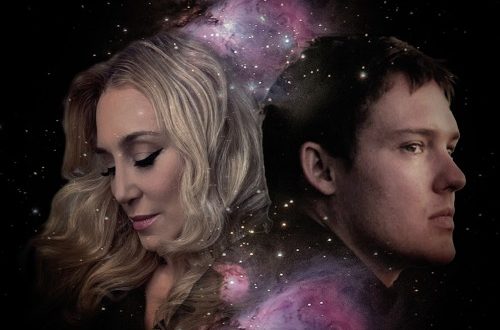 With its broad beats and consistently smothering master mix, describing tyDi & JES’s new single “Just Believe” as a monolithic pop track is more than fair – but there’s a lot more to their collaborative performance than all that. JES leads the way with her velvet-soft vocal, but what tyDi does with the rhythm of this piece is something far more communicative than what most verses are able to account for. The fusion of soft singing and thrusting beats in “Just Believe” can be overwhelming at first, but overall, this is one of the most well-rounded singles of its kind to land on my desk in a while.

At first, I felt like the music video for this song was a little overly conceptual for the standard of material being promoted here, but after giving it a couple of dedicated views I don’t know that tyDi & JES aren’t trying to be clandestinely multi-interpretive with the story unfolding on-screen.

In some ways, this is as much about romance as it is two musicians connecting over a shared love of the medium, which is more or less the story of this collaboration and the essence of why these players can read each other as much as they are in “Just Believe.”

I really hope that tyDi & JES decide to record together again, but at any rate, what they’ve submitted in this single and its flirty music video makes me want to keep both of their names on my radar as 2022 presses on. This is quite a time for electronic dance music and pop crossovers, but I don’t think these two mean to cash in on a global trend as much as they’re trying to issue something that identifies who and what they want to be in this game. It’s miles above the status quo, and a quality listen for serious and occasional fans alike.

Previous Single Review: “I Sometimes Wish” Estani
Next Live Review + Gallery: John 5 with The Haxans at The Garden Amphitheatre in Garden Grove, CA (04.22.2022)