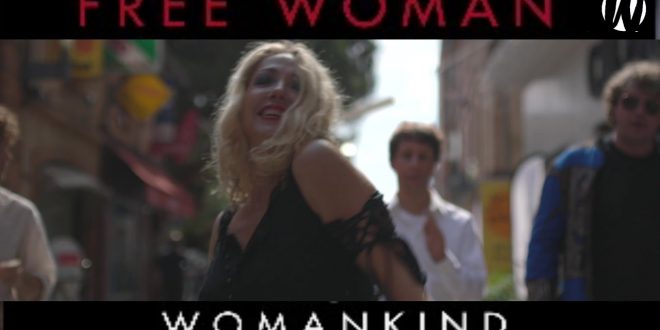 This track’s music video has as much energy as the song does, but I like that it feels a little down-tuned visually than it does sonically.

This sharp difference between the almost muted look of the imagery and the fast-paced feel of the shots and adjacent soundtrack is provocative in a couple of ways, the most obvious being that it’s showing us how “Free Woman” isn’t giving us a lot of predictable pop tent poles in the place of originality. Womankind is too smart to make that kind of a recording, and anyone who would have scoffed at such a statement is truly getting their comeuppance now.

You don’t have to be the biggest French pop buff around to become enamored by the glorious grooves and sophisticated harmonies that are contained from one end of this song to the other, but those who have a discerning taste when it comes to the hooks they play on their stereo are going to think “Free Woman” is a gift from the gods this spring. For one thing, this is the kind of material that could win Womankind a lot of favor with the American underground, which has been notoriously difficult for many European acts to break into in the past five years.