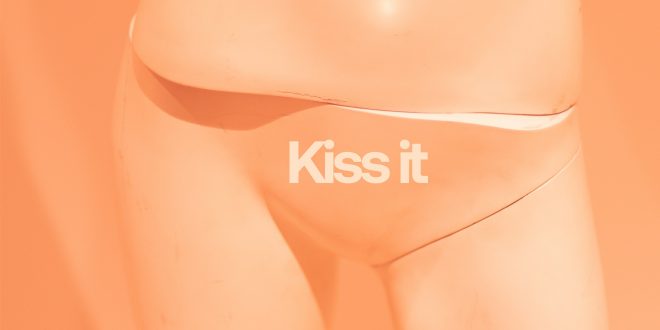 From a visual perspective, there’s a sense of darkness that washes over the screen in the music video for READY, STEADY, DIE!’s new single “Kiss It” that compromises the colorful imagery it manipulates almost right out of the gate, but from where I sit, this was the goal of the video’s creators from the get-go. READY, STEADY, DIE! make no apologies for their coarseness in this performance, both musically or via their imagery, and in a decade that has left rock fans with a whole lot to be desired on the mainstream and indie levels, this might be just the bit of danger we needed in 2022.

The guitars serve as the main focus even when they’re not allowed to swell as big as they ultimately could in “Kiss It,” and in the opening verses, they’re akin to a puppet master clandestinely pulling strings from behind a screen.

Implied ominousness is one of the most provocative forms of intrigue as I see it, and it’s something READY, STEADY, DIE! do not have a problem using it as a tool of communication beyond what their lyrics are capable of in this single. They can’t be accused of recycling a theme, and that’s obvious just in listening to the bones of this track.

This year is slated to be something of a turning point for the indie rock community in the western world – call it a sink or swim moment if you will – and artists like READY, STEADY, DIE! are going to be responsible for keeping what little hope remains for this genre alive through the thoroughly exciting musicality they bring to the table in songs like “Kiss It.” This is a track that makes me want to celebrate the darkest corners of the rock n’ roll aesthetic, which is arguably where its best music has been born, and for this reason, I think READY, STEADY, DIE! deserves a lot of credit this spring.