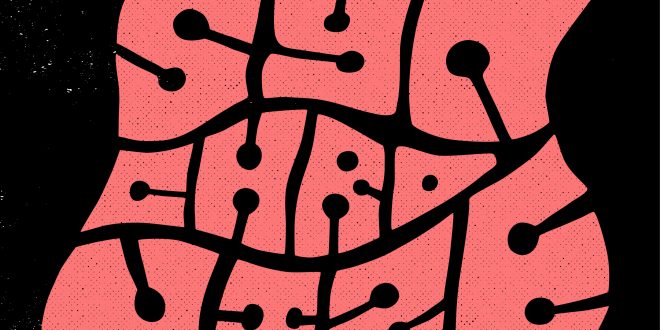 Bouncing between huge beats and a lazy but lush psychedelic melody that whispers to us like the wind, Milky Chance’s “Synchronize” is an interesting, albeit surreal mixture of sway and swagger that is certain to get a lot of indie-pop fans’ attention this spring. Although it’s structured like a typical modern pop single, “Synchronize” has certain quirks that endear its greater framework to something farther to the left of the mainstream than one might anticipate from a track as strut-reliant as this one is. It’s a good middle ground for a band on the verge of breaking away from college radio, and a quality listen for anyone who digs smart harmonies period.

The music video for “Synchronize” is a lot more indulgent than what I normally go for in a visualizer, but it’s over the top theatrics might be one of the more provocative elements of the release, being that it comes as such a surprise after listening to the song by itself.

I don’t blame Milky Chance for veering away from the predictable as much as possible with this release, but I will say that their openness to reject pop sensibilities in the video goes against what a lot of critics would deem a good move at this point in their career – though I’m not one of them.

Personally, I love the conceptualism of this single and what Milky Chance is trying to do with their music overall right now, and I don’t think that their likability is reduced because of their eagerness to experiment in “Synchronize” at all. There’s more that they aren’t doing to get even more out of their eccentricities, but this is certainly a step towards the outsider look that I think they’re going to make their own in the very near future, either through a proper LP or a few more significant singles.