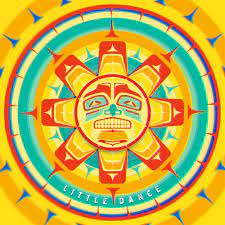 The first element that really jumps out of the speakers and grabs us in the new single “Little Dance” from Neon Dreams is the warm melody, led by the vocal, and its incredible sonic reach across the groove. Rather than trying to put all of their stock in the verses, Neon Dreams provides us a smorgasbord of melodic trappings that start with the singing and end with a powerful instrumental accent from Majozi that seems to complete the narrative here in a way that words never could on their own. It’s full-bodied, and perhaps the most inventive look this duo has strived for thus far.

In the music video for “Little Dance,” rhythm is highlighted as much in the imagery as it is in the soundtrack, bringing us closer to the soul of the story being told through movement as opposed to musical presence alone. This is one of the simpler ways to flex a multidimensional muscle on camera, but it doesn’t strike me as an act of minimalism. There’s too much color here to call any part of this conservative, and in the grander scheme of things, I think this is a good example of what controlled indulgence can produce in the right circumstances.

This is one of the most infectious beats I’ve listened to this April, and while it’s constructed to make us want to dance it’s far from the most aggressive component of the track. I get the idea that Neon Dreams isn’t trying to build a club anthem with this piece, but instead, a feel-good pop single that directly spotlights their ability to air out a harmony beside a really charismatic groove, which speaks to their charm as songwriters as well as their abilities as performers. It’s a crowded underground right now, but this is the attitude that uplifts any artist from obscurity.

The lead vocal is at the center of this mix rather than on top of the instrumentation, and I believe this integration was essential to Neon Dreams getting the most out of the buoyancy in the hook. They don’t mind a little buffering on the bottom end, and it certainly leaves them plenty of room to give Majozi a brilliant but brief guest part that does a lot to nail the climax. As technical as they get, these players know how to make a relatively straightforward pop song sound all the more effortless.

“Little Dance” is a striking effort from Neon Dreams that begs the question of what they might try to do in the studio next, and if you’ve yet to explore their talents I would say this is the right single/video combo to check out first. The abilities these guys have when they’re cooking are nothing to scoff at, and when coupling their lyrical skills with the uncompromising tone set by Majozi’s appearance in the mix, we end up with what feels like another bar-raising moment in the recent history of indie-pop. I’m eager for more, and I think their fans will be as well.