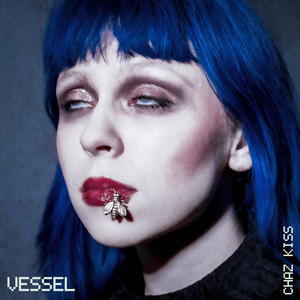 Ahead of the chorus kicking into gear in her new single “Goliath,” rocker Chaz Kiss tells us straight up – “I’m sinful and cold / When I’m threatened the most / But I always regret it / I bet you thought I was less than I am / I bet you thought I’d forget.” Her confidence is evident in both the linguistics here as well as her firm delivery, but she isn’t about to let the swagger stop there. Using everything within her grasp, starting of course with these raging riffs behind her in the climax of the track, she’s going to pummel home a mood to us that is truly hers and hers alone.

The instrumental concept for “Goliath” is a rather simple one, but the way it was stacked together brings new meaning to the punk rock ideals that influenced Chaz Kiss.

Nothing is binding these elements together other than her relentlessly grainy melodies, the best of which are lubricated with her honey-sweet vocal in the most inopportune of moments. She’s trying to stress the tension here, and it’s resulting in one of the more provocative arrangements I’ve reviewed since the start of the year.

All in all, I have to say that “Goliath” is every bit as strong as its title would suggest it is, and what it shows us in the artistry of Chaz Kiss is very exciting on its own. There’s experimentalism to her drive that is going to come into its own a lot sooner than later, and being that she’s already developing quite a following in the underground without a lot of exposure on the mainstream end of the business, I like the odds she has of breaking through on the rock scene and giving alternative aficionados something we’ve been craving for the better part of the last ten years – intensity.