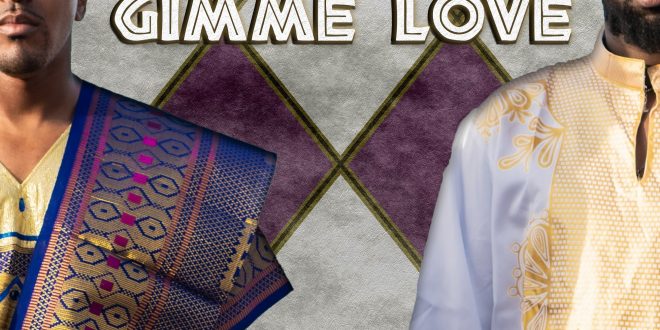 Collaborations tell us a lot about who the artists involved really are, and in the case of the new single “Gimme Love,” I think it can be said that Matt B and Eddy Kenzo are showing us a side of their artistries that is unique to the studio experience. They seem to come alive at the microphone in a manner that I didn’t think either of these players was capable of delivering on their own in “Gimme Love,” and despite a rather complicated groove to keep up with here, they make the entire process of connecting one beat to another sound incredibly seamless and artful.

The music video for this track brings forth themes of sexuality, rhythm, culture, and a kinship between people catalyzed almost entirely by melodies, but it falls short of qualifying as an overwhelmingly theatrical piece.

As a critic, I love that Matt B and Eddy Kenzo had an identity for this song worked out before they ever set foot in the studio to record it, and better yet, they draw that identity together splendidly in this video without having to get too indulgent with the props. It’s a high bar to set, but one that should make the output of their peers a little more competitive (one would hope).

If you haven’t heard the music of Matt B or Eddy Kenzo yet, this collaboration might be the right place to start just because of how well it highlights the techniques and skill sets that both of these players have when they’re connecting with the medium. It’s an impressive showing no matter who the audience happens to be, but I also think that those who are especially hungry for something a little more upbeat in R&B are going to find this track to be everything a slow, dragging ballad lacks.