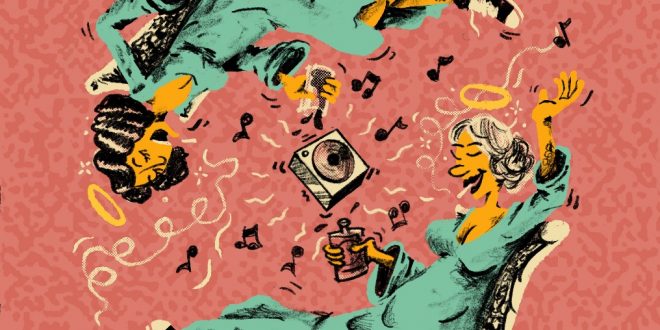 98
SHARES
FacebookTwitter
Pep Rally “Turn The Radio Up (Own The Night)” (indie/rock)
https://youtu.be/y7VzmRESNKo

The engines of the current Philadelphia cultural renaissance are the recording studios and rock clubs in town. Foremost among these venues is MilkBoy, run by producer/engineer Tommy Joyner. Hosting and recording sessions for artists like Lana Del Ray, Fun, Miley Cyrus, and James Taylor, Joyner is a songwriter himself, and, surrounded by so much creativity and growth, it was inevitable that he’d eventually get around to recording his own music.

To nobody’s surprise, the music being created by Joyner is polished, tuneful, sharply composed, and wholly irresistible. His band PEP RALLY makes grown-up pop-rock of the best kind: immediate yet thoughtful, muscular but approachable, intelligent but always danceable, and ideal for offbeat stages like MilkBoy.

The first single from Pep Rally’s upcoming album is the anthemic “Turn The Radio Up (Own The Night),” featuring a winsome melody, some six-string crunch, sleek vocal harmonies, deft use of synthesizers, and a propulsive beat that underscores the song’s message of forward momentum and the importance of seizing the moment. Best of all, Joyner’s flexible vocals — sometimes sweetly sung, sometimes spoken, always clear, forthright, and engaging — reveal him to be a frontman with the charisma and appeal worthy of the Philadelphia indie scene he’s done so much to foster.

Joyner is a character in the “Turn The Radio Up (Own The Night)” clip — he’s an angel overseer, a force for creativity, encouraging his friends (a pair of impossibly endearing cheerleaders) to throw caution to the wind and express themselves fully. It’s not too far from his role as the head honcho at MilkBoy, a room that has made a thousand dreams of young aspirants come true. But Joyner isn’t the focus of the clip; neither, really, are the girls. The real star of the “Turn The Radio Up (Own The Night)” video is Philadelphia, captured in all the glory of its early autumn colors. The clip opens and closes with shots of the skyline from a park, and as we roll through its streets and view the Downtown from the Schuylkill River, the message is clear: this is the place to be, and Tommy Joyner is the perfect guide.

Tell us about MilkBoy, how did it inspire you to create Pep Rally?

What inspired the name Pep Rally? What types of feelings do you hope to evoke with your music?

When I was in school I felt like such an outcast and there was nothing worse than finding myself in a group of cheering idiots. So pep rallies were not exactly something that were a good thing, hahaha, but then I started going to concerts and I found my people. Music gave me the world, and the best shows were like going to a pep rally for all the freaks just like me. It was an eye opener that there were so many of “us” in the same setting. And I stopped feeling like we were all so different and began to see where people were alike. So if I’m going to reclaim that idea of happiness in a group setting, I thought a Pep Rally is what it should feel like. I feel like the music should evoke feelings of happiness and togetherness. We don’t have to feel like everyone is only out for themselves.

What is the story behind the music video for ““Turn the Radio Up (Own The Night)”? What role does your character play in it?

The idea is about trying and failing, then trying and succeeding, and the role that the pressure we put on ourselves contributes to the cycle of failure. The lead, played by Jordan Hunter-Fidalgo in the video, has a spiritual moment when she meets god in the park, and doesn’t recognize the little kid as god, because he’s just a little kid, and she’s so self-absorbed that she is mean to him and he cries! She makes god cry! Later she meets my character who acts as a balance to lower her stress and get her to a good place so that the next time she tries the cheerleading routine, she nails it.

What do you envision for the future of Pep Rally?

Miley Cyrus, Silk Sonic, Dave Matthews and James Taylor have all made records in my studio and that has completely been my focus, so I’m so excited to finally be working on Pep Rally! It’s my stuff! Finally! There are more singles coming this summer and then the full-length at the end of the summer.

What is special about Philadelphia? How has the music scene inspired your sound?

Philadelphia is a very musical town. It has one of the best independent radio stations in the world, WXPN, excellent venues, music stores… Music is the biggest driver for many people that I meet. We don’t judge each other by our skin or our religion; we judge each other by the contents of our record collections. People have great taste, and I think that drives a lot of very special music and art.

Previous VOXX Pays Tribute To Chester Bennington With Linkin Park Cover “One More Light”
Next Strange & The Familiars Create A Mesmerizing Trip Into The Bizarre With New Video “Agent Strange!” 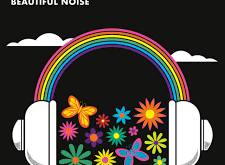 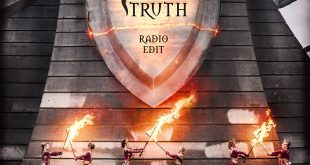