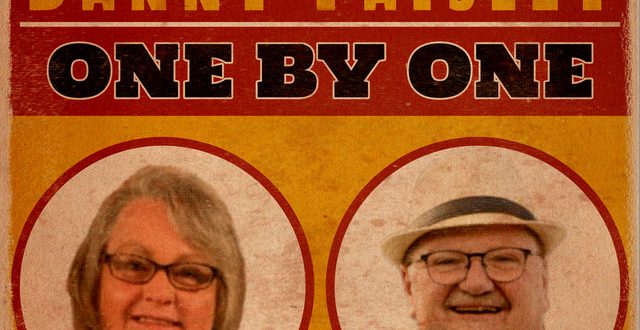 Single Review: Dale Ann Bradley / Danny Paisley “One By One”

How do you improve upon a classic country track that hit number one on the Billboard charts when it debuted seventy years ago? For Dale Ann Bradley and Danny Paisley’s new cover of the timeless duet “One By One,” the answer seemed pretty obvious: bring almost a dozen Best Vocalist awards between the two of them to the recording booth and watch the rest fall into place like it was fated to do.

Originally performed by Kitty Wells and Red Foley, “One By One” is a song most familiar with the country genre will know. Even if not by name, the song itself has been around endlessly, and for good reason: it tackles those classic, melancholy lyrics that the genre is known for while upbeat, twangy strings pick up the melody in the background, and it’s catchier than the common cold. For a song to hit number one yet open with the cold as ice line “One by one, we’ve broke each vow we made,” you know you’re dealing with nothing short classic entry into the country music canon. The decision to cover it could be puzzling to some, but the tradition of covering iconic tracks has been a major pastime within country music as long as the genre has existed, and even by modern standards, the tradition persists. This very tactic is what gives contemporary artists the chance to flex their roots and less-showcased influences and, in cases like this, it elevates the act of performing the cover to a new tier of respect.

Dale Ann Bradley and Danny Paisley need no introduction but for those just discovering them, their rendition of “One By One” will do more than enough to get the job done! With both artists taking the International Bluegrass Music Awards by storm while working on new albums (Paisley’s having released last year and Bradley’s on its way), a cover track seems like the perfect victory lap. The duet showcases both Bradley and Paisley’s vocals concurrently in supporting and leading roles as they alternate lines and parts, and the dynamic instrumental that the song is built upon gives the classic Western single a freshly-updated Bluegrass tinge. There’s arguably no overshadowing the Wells/Foley original, but that’s never the intent of this single: Bradley and Paisley are 100% invested in delivering a top-notch cover of their own design through nothing but love and endearment to the original hit track, and that admiration is noticeable at every instance within “One By One.”

With Dale Ann Bradley’s upcoming album using “One By One” as the lead single, anticipation for the project will understandably begin to grow; cover tracks are rarely as good as the one we have here, and the confidence behind both the single and the album must be at an all-time high if Bradley is backing it this hard. There’s bound to be more info on future singles and an album release date soon, but for now “One By One” will have to work as a fantastic way to pass the time. Here’s to hoping that the single’s reception is positive enough to get Dale Ann Bradley and Danny Paisley together for another duet, their voices mesh together perfectly. Whatever happens, “One By One” remains an undefeated, tried-and-true classic.