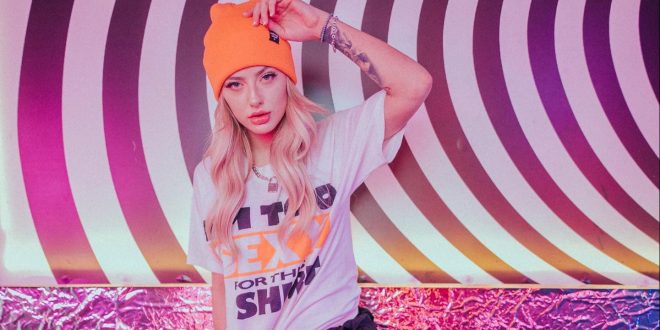 LA artist PluggedUpShawty AKA Erika Kay has teamed up with Epitaph’s LiL Lotus for a new single called “Burining Hearts.” The track draws from inlfuences all over the spectrum of post-hardcore, hip-hop and pop punk.

Erika was born in a small town in Nebraska and raised in Texas. After experiencing a tough upbringing consisting of group homes & selling drugs, she was able to overcome through her love of music and travel the world.

Upon moving to Los Angeles, one of the first producers she met was Jojo Centineo who just so happens to work with Lil Lotus. Being that Erika & Lil Lotus have similar influences and both grew up in Texas, it made total sense to collaborate and create “Burning Hearts.”

Even though Lil Lotus helped co-write “Burning Hearts”, Erika felt as if this was a manifestation of situations in her life. The same week of the studio session she was in a fire. She was moments away from getting trapped by the flames and not making it out alive.

Previous MGM Lil Greg and Big Yavo “Workin’”
Next Gallery: JoJo, Amaal at The Danforth Music Hall in Toronto, ON (04.13.22)