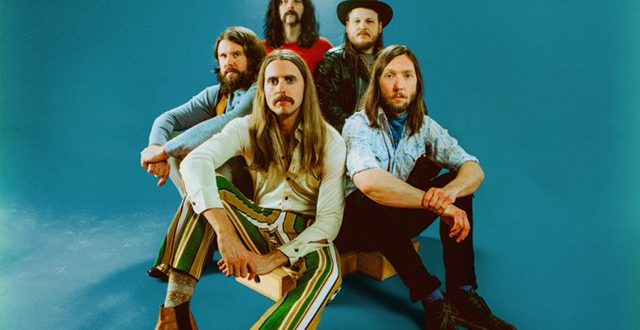 Canada’s own hardworking and hard-living band The Sheepdogs took all of their pandemic-induced feelings from the past two years and channeled them into the one thing that made sense; good, old-fashioned, non-bummer rock and roll music. Like the rest of us, the band were confused, cast ashore, and feeling isolated during COVID, but their output during that time produced the grooviest, simplest, and most penetrating album of their career, Outta Sight, out June 3rd. With no roadmap and an overall uncertainty hanging over the universe, the band circled up, plugged into their amps, shared riffs and melodies, and leaned on each other for inspiration. The guys say it was the least prepared they’ve been cutting a record since their self-titled album in 2012, but bassist Ryan Gullen calls the music they made a “life raft,” claiming that their initial sessions for Outta Sight saved them from their anxieties. Fans can pre-order or pre-save Outta Sight ahead of its June 3rd release .

The announcement of Outta Sight arrives with the official video for “Find the Truth,” which The Sheepdogs premiered last night. The video is a wild ride that follows a truth-seeker whose reality is gradually overcome by the only truth that matters – The Sheepdogs’ sweet guitar licks.

“It’s a weird world. Everybody stuck in place, overthinking absolutely everything. We wanted to avoid all that—just get in the room, plug in your guitar and go. So that’s what we did,” says singer Ewan Currie of the new album. “Themes like optimism in the face of adversity, standing tall and staying strong, knowing that better times are around the corner kept coming through when making the record and it felt really damned good to play.”