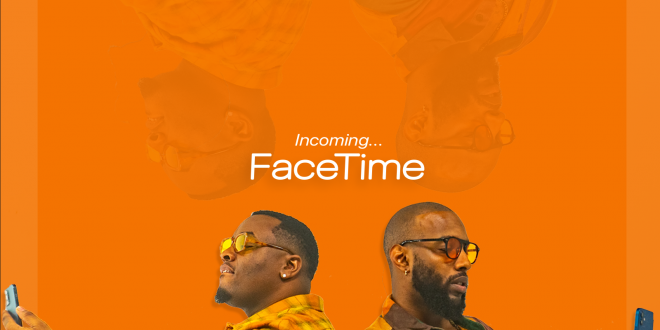 Don’t get me wrong – the melodicism on full display in the new single “FaceTime” from Devinn Le’Raay and Lakes the Voice is the kind of heart-melting energy that I want more of in my R&B, but if you’re asking me what the most soul-stirring element of this track is, it’s undeniably the white-hot groove that guides these lyrics out of the speakers and into the air around us. Le’Raay possesses our attention through a commanding but versatile rhythm in this piece, ultimately making it even easier for his hook to seduce just about anyone who is within his sonic reach.

Lusty harmonies are not hard to come by in contemporary pop, but what we find in “FaceTime” is so much more understated than what I was initially expecting. The subtlety of the sexiness in this track is something that caught me off guard, but the way it walks us closer to the melodic underpinning of the chorus is essential to appreciate the depth of the hook here. I don’t know if it’s been said before, but I’ll say it now – Devinn Le’Raay might be among the most mood-oriented players in his scene right now, and he’s making that hard to dispute in this release.

The hook in “FaceTime” doesn’t just reach out to the audience; it outright yearns for someone to feel its textured presence, and I like that it’s born of a more organic melodicism than the majority of the content I’ve been hearing out of the mainstream has been in 2022. There’s nothing here that feels overtly synthetic, from the nature of the narrative to the actual delivery of the harmonies and the lyrics they frame – from top to bottom, I get the idea that Devinn Le’Raay and Lakes the Voice are being themselves here, giving us something impossible to produce without the other person in the studio.

This master mix is pretty tight, but I like that it doesn’t promote the insularities of the increasingly detached postmodern pop and trap music I’ve reviewed for the better part of the last two years. Although surreal in concept, the instrumental portion of this single doesn’t feel grander in scale than the verses do – largely because of the way these two players can bounce lyrics off of each other. Straightforwardness still has a place in R&B, and if you didn’t believe that before “FaceTime,” you will after.

R&B has always been one of the sexiest genres of western pop music, and Devinn Le’Raay and Lakes the Voice are doing their part to maintain that narrative with the release of this all-new collaborative single. This hasn’t been a stellar March for the American underground, but the incendiary vocal charms of this release definitely make me feel like there’s a brighter string of months just around the corner from now, hopefully to be filled with a soundtrack as seductive as the one in the music video for “FaceTime” most undeniably is. Le’Raay scores another hit here, and I doubt fans will overlook the achievement.