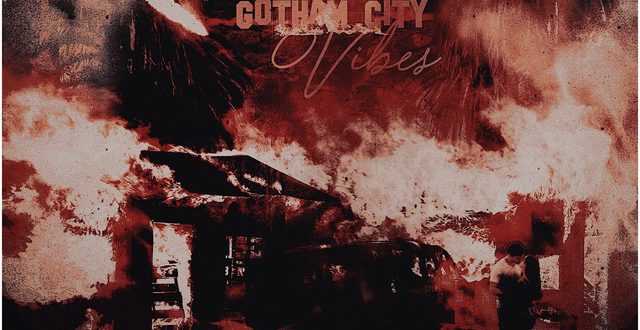 Psychedelic aesthetics are becoming a lot more common in contemporary pop, and with their new single “Lit Life,” Selfish Ways offer us one of the more cerebral anthems of their debut album. Featuring Maahez, “Lit Life” partners the sonic theatre with a streamlined groove perfect for hitting the dancefloor, but I wouldn’t call this a club track per se. There’s too much depth to the rhythm, expanded by a haunting guitar element at the forefront of the mix, for this to be an ordinary dance-centric single; Selfish Ways, for all intents and purposes, are setting out to tell a story through sound here.

The first time I sat down with “Lit Life,” I couldn’t help but feel a Europop vibe from the beat, although it initially seemed a little out of place given the lack of a house influence on the main melody. I get the impression from the framework here that Selfish Ways and Maahez approach a concept with a pure disdain for artistic singularities – the diversity of genres that they cultivate inside of this single, let alone some of the other trending songs like “On Me” or “Out of My Mind,” speaks for itself.

I dig the way the intersecting vocals glide atop the instrumentation rather than joining with the bassline in a more straightforward harmony, and in comparison to the condensed style that’s been gaining steam in indie rock, melodic trap, and cloud rap over the past couple of years, this is easily a preferable sound. It brings to mind the jagged mixing we heard in the vaporwave movement, and to a lesser extent lo-fi hip-hop as it was in its early stages, aside from the fact that this is a lot more physical than anything those two styles have produced in their prime.

Another component of the style Selfish Ways draw together for “Lit Life” is the crisp rock guitar that implants itself in the dead center of the master mix, allowing for a separation between the synthetic and the organic that is at once jarring and oddly surreal. I don’t know how long it took these guys to hammer out this piece in the studio, but it seems like there was a lot of detailed craftsmanship and hours of labor put into making this song sound as full-bodied and imposing as possible. It was worth the effort, and I think fans of alternative music are going to agree with me.

There are many aesthetical layers to “Lit Life,” but it’s worth noting that nothing in the song or its accompanying music video feels over the top. Selfish Ways are only one LP deep in their career, but judging from how provocative this red-hot single is, I think they’ve got ambitions as big as the sky. The instrumental side of their sound could come into its own a bit more, but with regards to their direction on the other side of the glass, the progressive concepts they utilize so effortlessly in “Lit Life” are something I want to hear a lot more of.

Previous Single Review: Love And Able “Be Gentle With My Mind”
Next Lia Hide Sends An Invitation To “Dinner” With New Single & Video