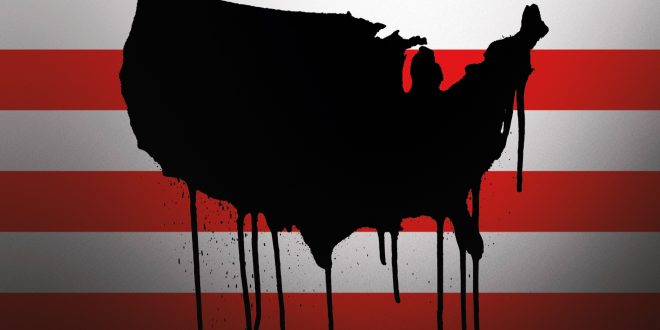 The concept of kenopsia – the idea of empty spaces that were once crowded – is put to the test in the new rock song “Kenopsia” from J Temp 13. The solo project of John Templeman, J Temp 13 takes the rock baton and lights up the scene with this exceptional display of challenging authority and outcry of isolation. The pandemic did a number on all of us and while historians will be writing about it for years to come, J Temp 13 transcribes the emotive resentment and disdain for the virus and flips the script. The music bedrock is hardy and bold, almost like a cityscape covered in graffiti, but like all things, even the darkness turns to light at some point. Glimmers of hope and a buoyant B3 organ slices through the song’s center.

J Temp 13, based in Cleveland, offers up a rock sound that is indicative of the live concert experience. He brings the live sound into the studio – and basically only leaves out the roar of the crowd. And maybe a spilt beer or two. You get the gist – J Temp 13 engages the listener immediately with the gripping guitar. The riffs later turn into a bluesy-hued-rock arrangement courtesy of Mike Onesko (and fellow-Clevelander). When Onesko takes the reins, it’s like he’s on his own planet. As the song’s theme is about abandonment, the rhythm guitar and lead guitar part ways at the song’s bridge point, and seamlessly come together to close it all out. It struck me that the B3 organ (Michael Webb) also follows this singular path, and melts deliciously into the rhythm section (Templeman has triple-duty: vocals, lead guitar and drums) and Al Collins on bass guitar.

I really dig J Temp 13’s song structure and musical style. He certainly draws from a wide range of influences and styles. His other hat, besides running a record label called Jib Machine Records, is playing in Cleveland punk bands like Hot Ham & Cheese, Gwazi, and Hostile Omish. That said, you can hear the punk influences slightly in “Kenopsia”. It’s oozing with rock and roll. It’s that shot in the arm that anyone needs after being knocked down. Get back up and use this song to tool your way through that frustration. J Temp 13 has a slick way of also giving the listener a brighter side. It’s not all doom and gloom and the way he projects that he’s not going to let things change him gives him rock and roll street cred. Then, again, what else would you expect from the great people of Cleveland?

An accompanying lyric video caps off the entire “Kenopsia” sonic journey. Almost dystopian, it features various scenes of abandoned buildings, streets and more. It’s eerie and at the same time, it feels like an entirely different time. It’s an odd feeling that way again, and knowing that hope and music never dies, “Kenopsia” is coming out at the opportune time. It’s perfect for 2022 and it’s an outstanding track – one of the year’s best.