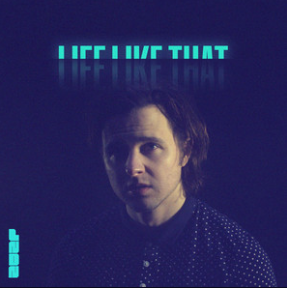 LNDN’s “Life Like That” is the latest musical and lyrical triumph for the talented artist based out of Vancouver Island, Canada. His music is not imitative of anyone, but yet there are abundant elements listeners will recognize. The video accompanying this track will, likewise, help establish an instant connection between LNDN, longtime fans, and newcomers as well. This is a musical artist with an intensely personal statement he seeks to make with this new single, but there’s never a second during this track when it loses sight of the audience.

It has a light melodic touch that lures you in. Experienced music fans will notice early on that the template he’s following with this track is the slow build rather than hitting listeners with its main musical moves out of the gate. The song gradually picks up momentum, but maintains a steady pace from beginning to end, never rushing anything. It’s a pleasure to hear this song for several reasons. One of the attributes, however, putting this song over the top is the audible confidence in the track.

You hear it in his vocals as well. I appreciate the theatrical slant LNDN brings to the words, it sweetens the song’s serious message, and he is always careful to never lay it on too much. The theatricality comes across in decisions such as the slight breathy touch he uses with certain lines and other understated emotive moments. There are assorted post-production effects applied to the vocal and the song as a whole benefits from that polish. There is ample delicacy in the track, yes, but there’s strength as well.

The addition of the video makes the overall package quite memorable. You get the feeling, taking everything together, that LNDN is making a bid for wider recognition by bringing all his “big guns” to bear, but it’s not the case at all. This is what LNDN does with every release. The video underlines many of the themes within the song lyrics without ever pulling the spotlight from where it should be – squarely on the song. The video merely accentuates its positives.

Despite the limited musical backing, it is very effective. I especially like the various keyboards included during the song. The song’s subject, however, is what keeps me coming back for more. It has a serious point to make for listeners but phrases it in an individual and questioning way that confronts you without ever sounding abrasive. It is a song that will hit different listeners in different ways but, ultimately, I believe any listener will come away from this song respecting the effort LNDN has made to craft a serious statement.

We will be hearing more from this guy. LNDN is not a fly by night songwriter and performer destined to fade because he doesn’t really have anything to say. Artists responsive to life will always experience turns in life that inspires creation. LNDN is engaged with life and you never get any sense he’s backing away from it anytime soon.