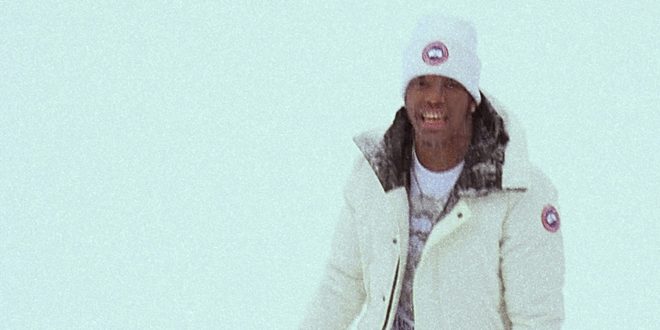 One of the most prominent elements of Bruce Lii’s sound is his cold delivery, and he finds the right backdrop to match this trademark component of his artistry in the all-new music video for his track “Toxic.” Despite its title, “Toxic” has one of the most fundamentally pop-influenced song structures of any single this rapper has released thus far. The verses work off of a sustained but subtle hook from start to finish, and although I wouldn’t say he was unaccomplished before this release, this is all the more reason for critics, fans, and even skeptics to take his presence seriously.

The music video for “Toxic” brings lyrical symbolism into another dimension that Bruce Lii hasn’t explored in his career before, but I like how he’s keeping the surreal aesthetic to a minimum. There’s nothing overly cerebral about the imagery here, and he isn’t indulging in psychedelic overtones just for the sake of following the postmodern pop trend. On the contrary, this still looks and feels like him, it’s just an evolved take on what we already knew his abilities to be. Jordan Beckham delivers from the director’s chair, and as I see it I think the tone of the video suits the rugged groove in the single beautifully.

No detail was spared in this mix, created by Slick La Flare and Nickolas Takos, and it’s obvious that Bruce Lii wanted something a bit more physical and invasive than his previous tracks have been. This is just so much more direct sonically, and the best part is that the EQ hasn’t been predictably scooped, as I’ve been finding in a lot of cloud rap and melodic trap music lately. These guys aren’t making heavy metal – they’re trying to convey brooding with the brawn of a bassline while steering clear of excess.

I wouldn’t be a true music aficionado if I wasn’t digging the aggression Bruce Lii is putting up with these verses, and while it’s a lot harder-hitting than a lot of moderate bass and drum elements could withstand, it doesn’t sound too intense for this setting at all. Self-control is a hot commodity among this generation of alternative rappers, but it’s not something that this player is struggling with at all – he’s setting a good standard for himself and his peers with material like this, in my opinion. The growth is exponential given the short time he’s been on my radar, and I don’t see it slowing from the looks of “Toxic.”

I’ve yet to encounter a hook-driven Bruce Lii track, and in this sense, “Toxic” is no different than anything else he’s got to his credit. It’s always personality first with this player, and where some rappers might have a hard time working the microphone from that point of view, Bruce Lii makes it sound and look revolutionary with a release like this one. I’m admittedly loving what he’s doing in the studio right now, and with a couple of big-name collabs under his belt, he’ll be on the mainstream level in no time.