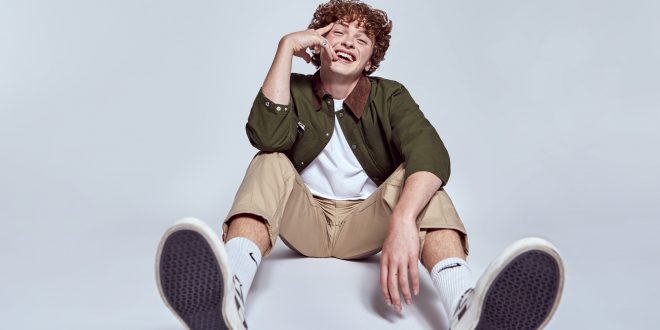 TikTok has become one of the best resources for discovering new talent since before the pandemic, but especially during it. Many newcomers have landed on the mainstream radar thanks to it. Among those newcomers is incredibly talented 20-year-old South African songwriter and musician, Will Linley. Breaking onto the social sphere with his debut single miss me (when you’re gone),” Linley teased the track on the platform which garnered 4M+ views before the song’s official release. Since the songs release, however, the track has 10M+ global streams, over a million YouTube views, 5M+ TikTok views, and has been used over 5K times on the platform. His next single, “Wrong Time,” will be released on March 23rd.

Hailing from Cape Town, South Africa, Will Linley cannot remember a time in his life without music. He grew up singing with his three brothers and his mom. He studied classical singing in high school. But he never imagined that his passion could translate into a career. After high school, he chose a more traditional path and enrolled at university to study international business. Once the pandemic hit, Will found himself stuck at home writing music as a way to feel less isolated. He soon found a global following on TikTok and a career in music seemed less like just a “distant dream.”

How would you describe your sound if talking to someone who has never heard your music? It’s always a difficult question to answer. I think my sound is still evolving as time goes on and I develop as an artist, but the biggest thing for me is that my music is full of energy and is very focused on the lyrical concepts and ideas.

How did you first get started in music? I was brought up in a very musical household and so music has been a part of my life for as long as I can remember. I first started writing songs properly when I was 17 and have been learning the ropes ever since!

What kind of music scene is there in Cape Town? There is a really cool music scene within South Africa, but the pop lane has been hidden for a little while, however slowly but surely we are seeing more artists emerge and really begin to make waves in the pop space!

What was your initial reaction to going viral on TikTok? It was all a bit weird. I didn’t quite understand why people were listening to the music, but I didn’t dare ask any questions! I felt excited, but also realized that this was my chance to really try and grab the opportunity with both hands.

Do you write your music alone or with collaborators? Sometimes I write alone, but I prefer writing with others, there is so much beauty in collaboration!

Do you feel any additional pressure now that your music is going beyond just Tiktok and Soundcloud? I think it’s hard not to place that pressure on yourself but I really do try to keep a clear head and focus on the music. It’s difficult to block out the numbers or outside opinions that may affect what music I end up putting out. At the end of the day, what I enjoy is creating and releasing music that connects and feels true to the person I am.

What should people expect from you in 2022? MORE MUSIC!! I am so excited to release more music and play more live shows.

What was the first album you purchased? I loved the NOW THAT’S WHAT I CALL MUSIC CD’s when I was younger

Most influential artist to you personally? I think Dean Lewis has had a huge influence on my writing.

Previous “This Is It:” Paul Balancio To Release R&B Pop Album
Next Top-notch Musical Pronouncement has been delivered in Psyclo’s latest release “Trephination”