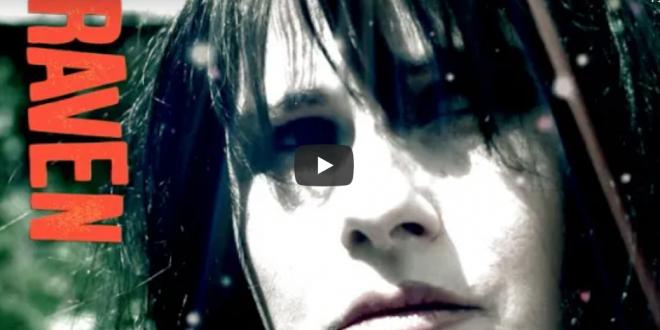 Whether he’s presenting us with a delicate singer/songwriter performance ala “Wicked Woods” or something a bit heavier and rock-oriented in “Raven,” Bosco’s brooding lead vocal tends to be one of the most alluring elements of his artistry. Although I think there’s something especially grand about the way he straddles an acoustic harmony, Bosco is the kind of player who doesn’t need to stick with one model in order to sound meaningful and effective. Truth be told, in both of these new singles and their music videos, I think he shows us that versatility really is the name of the game for his career.

Instead of leaning on harmonies to develop the hook in “Wicked Woods,” I think that Bosco’s voice leads the charge and forms a poetic depth that’s hard to rival, particularly when taking into account the limited backdrop he’s utilizing. There’s nothing quite as endearing as a haunting absence of intricacy in a folk-style single, and that’s something this song uses to its advantage around every turn. It’s not quite the minimalism that I’ve been hearing everywhere in the Canadian and American undergrounds lately, but it’s situated on the conservative side of the pop music spectrum.

Bosco straddles the two different tempos here elegantly, and in the case of “Raven,” I think he uses the rhythm to make his words feel all the more compelling. It’s one thing to make use of a percussive texture in terms of setting up a harmony, but what this singer/songwriter does with it here is so much more communicative and telling of what he wants us to get out of his material. This isn’t about creating lyrical awareness alone, but evolving a narrative through both the music surrounding it and the intensity of the creator delivering it to the audience.

The guitar is Bosco’s perfect partner no matter the style of music he’s playing, and I actually wonder if it would be provocative to hear remixes of both of these songs through contrasting aesthetical lenses. To a certain extent, I think “Wicked Woods” would probably sound as intriguing as an electric track as “Raven” would be stripped-down and left as an acoustic number, and this is all the more a testament to the capabilities this player has as a composer and performer. It takes a long time to develop a signature sound, but this is one artist who is already there.

If these two singles and their music videos are a good treatment of who Bosco is in and outside of the recording studio, I think he’s chosen the right medium through which to express himself to the world. It’s a big moment for the solo rock singer/songwriter movement, but with the attitude he has in “Wicked Woods” and “Raven,” I’m not sure that Bosco won’t be ready to take on the primetime with the calm, cool, collected vibe he presents so liberally in both of these songs. I’ll be sticking around to find out, and I recommend other melody lovers think about doing the same.