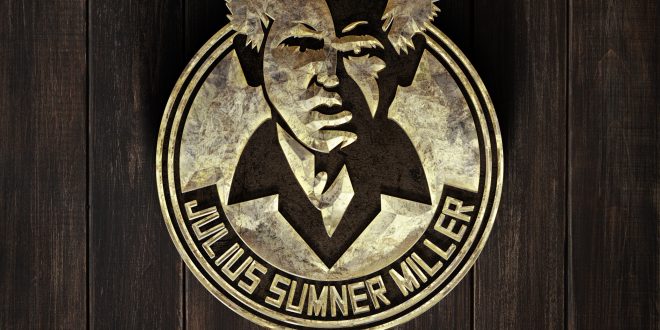 The punk rock ethic is still out there, alive and influencing a new generation of players to go and make incredibly rebellious music, and this is evident when watching the music video for Julius Sumner Miller’s new single “Leave the Key.” In terms of punk bands, Julius Sumner Miller plays a pretty retro brand of the genre, but the framing of their riffage doesn’t necessarily mean as much as the quality of their statements in “Leave the Key.” There’s an underlying sense of comradery between artist and audience here that’s hard to dismiss as accidental, especially when considering the focus this band has.

Punks have been barking lyrics at us since the time of Black Flag and even before, and the aggressive presentation of the verses in “Leave the Key” caught my attention right off the bat. There’s an artful way to fire linguistics at the audience, and this is definitely one of the more controlled displays of angst I’ve come across in a neo-hardcore performance. Julius Sumner Miller knows how to appropriate rage and use it to their advantage, which isn’t always the case in this style of music – or any other, for that matter.

The percussion in this mix is perhaps the truest hardcore element in the track, but I wouldn’t say that it dominates over the melodic componentry of the music at all. Contrarily, I think we need the physicality of the beat to be as prominent in the song as it is, if for no other reason than to cultivate a bit of contrast on the backend of the master mix. Again, Julius Sumner Miller is a more thoughtful band than the standard in contemporary punk calls for, but don’t mistake their discipline for an affection for the pop model; they’re still sporting a more chaotic profile in this track than any of the competition in their scene is.

These guitar parts have a surprising amount of tone to them instead of being pure crunch, which is a dangerously popular trend I’m hearing among a lot of up-and-coming indie bands. I don’t get the impression that Julius Sumner Miller has a lot of interest in trying to fall in line with their peers, but they’re also not going out of their way to overcorrect the retro componentry of their sound. This is truly a band being itself, and I like the energy they yield in this performance.

You can’t beat a hot track like “Leave the Key” if you’re as much of a punk diehard as I am, and although this is one of the first times I’ve sat down to listen to Julius Sumner Miller, I can tell that they’re a band that could get a lot done if given the right setting and resources to do so. This has been a particularly rough couple of years for the punk rock community, which is arguably the most live music-dependent scene in the underground, but with intensity like this track, I haven’t any doubts that the genre is going to stay afloat for a long time to come.