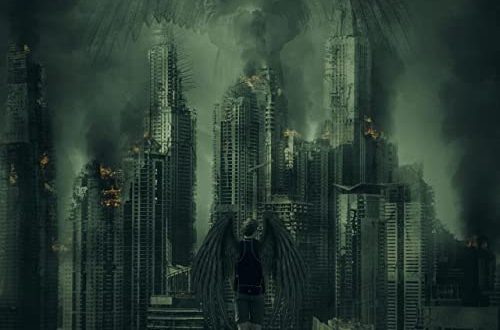 Rock music is far from removed from pop culture in 2022, as some critics had claimed it would be some ten years ago, and bands like the underground’s own Ignescent are proving as much with pleasure. Ignescent’s fiery new single “Remnant” flirts with alternative rock aesthetics circa 2000-2010, but its construction is equal parts classic and contemporary themes – especially in terms of the way it’s mixed. This is one of the most physical new rock singles I’ve heard this year, and a listen that I would recommend to anybody who needs to turn up the volume on their stereo right now.

The music video for “Remnant” is flamboyantly stylized but not quite the indulgent mess that some of the more predictable mainstream rock I’ve seen lately has been. There’s a fundamental lack of filler in the instrumentation here, and this efficient bend extends itself to the visual scheme of the video perfectly. While we’re looking at something colorful and extreme in some ways, this isn’t a release steeped in the kind of excesses that prevent a band’s sound from being the centerpiece of the video. This is why attention to detail matters, and it’s giving Ignescent quite the critical boost in this track.

Ignescent’s equal-parts punk and metal influences are obvious from the cosmetic setup of this piece, but I wouldn’t say that they’re directly sporting any specific blueprint when it comes to executing this hook. There’s something familiar about both the metallic and rebellious components of the music and lyrics, but it’s stylized in a way that doesn’t immediately evoke a particular band or movement now outside of the contemporary story of rock, which is not something I’ve been able to say for many other singles I’ve listened to of this variety lately.

This groove is definitely on the violent side, but if there’s a riff that can handle it, it’s the one we find ahead of the chorus in this track. “Remnant” benefits significantly from its contrasting instrumental elements, and the way the guitar parts and the drums back each other up here is something that had my attention from the moment I sat down with the song forward. This is a feature I want Ignescent to cultivate and use more as they develop a discography and a fan base that is truly theirs and theirs alone.

If you needed an adrenaline fix coming into the spring season but weren’t quite sure where to source it from, I highly recommend taking a peek at “Remnant” and Ignescent at the moment, as this is a single and music video that really immerse us in its creator’s vision for what hard rock can be like in 2022. There’s no denying the pulse of this material, especially when it’s bearing down on you with everything this group of musicians can muster, and although I don’t think that there’s a creative limit that Ignescent should hold themselves to in the studio, I wouldn’t mind hearing an entire album of content just like this.