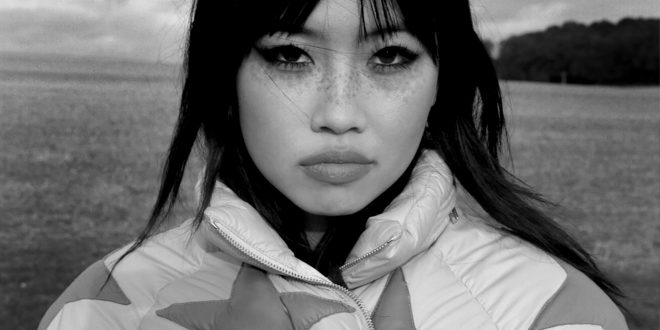 Critically acclaimed, award-winning singer beabadoobee has released her brand-new single and video“Talk” alongside the announcement of her upcoming sophomore studio album Beatopia (pronounced Bay-A-Toe-Pee-Uh), out July 15via Dirty Hit-a fantastical yet deeply personal world that was formed in the imagination of a 7-year-old beabadoobee and has been carried with her ever since. Listen now to the lead single “Talk,” a hazy pop-rock jam which arrives accompanied by a high-energy video featuring 150 of Bea’s biggest fans and her close circle of friends, directed by Alexandra Leese and Luke Casey.

“I wrote ‘Talk’ just after my first album. I was obsessed with Tuesday because I thought it was the best night to go out, not too much chaos but just enough to have a good time,” says Bea on the inspiration for the track. “Generally, it’s about doing things that aren’t necessarily healthy or great for you, but you can’t help indulging. It’s like that unavoidable feeling that you get. You can’t get rid of it,and you know it’s bad, but you love it really, and its whatever, so you do it anyways.”

Kicking off this April with her debut Coachella performances, beabadoobee will be embarking on a U.S. run of select shows that will see her headline major cities including Los Angeles, Las Vegas, San Diego, and more, before taking the stage as direct support on Halsey’s Love and Power arena tour, performing at Governors Ball, and joining the east coast leg of Bleachers’tour which will include a performance at NYC’s Radio City Music Hall.