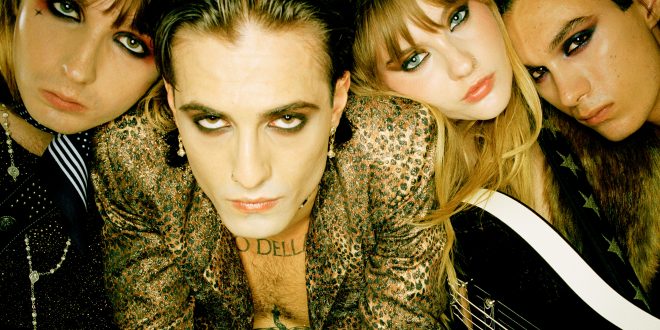 In a statement, Måneskin expressed their gratitude and excitement for the new tour and announced the cancellation of their previously scheduled dates in Russia. The band was originally set to play Moscow and St. Petersburg in early March but have since decided, “Due to the decisions of the people in power, that affect the lives of so many innocent people, we will not go ahead with our Russian dates.”

Måneskin’s popularity in North America quickly escalated after the band won Europe’s legendary Eurovision Song Contest  in 2021, becoming the first band from Italy to take home the prize in over 20 years. From there, the band’s 2017 cover of Frankie Valli & The Four Seasons’, “Beggin'” started to gain popularity on TikTok which led to the track being in the top 20 on Billboard’s Hot 100. The band’s whirlwind success continued throughout the year which led to performances on Saturday Night Live, The Tonight Show, Billboard Music Awards and more.