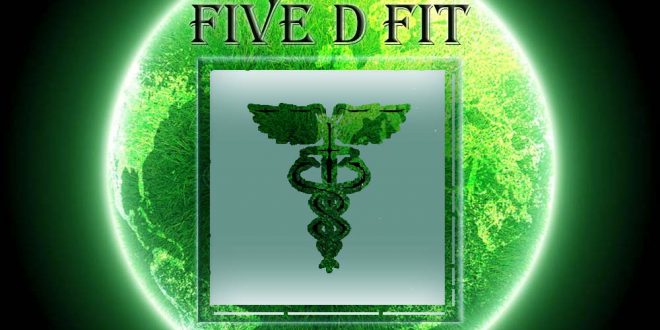 Winnepeg-based duo FiveDFit released their debut single, “Super Galactic.” Members David Starr (vocals) and Brad Daigle (drums) have worked together many times on different bands, but with their own musical endeavor the duo are hoping to break the mold with their nostalgia-tinged flavor of 90s alternative rock. So, how does the single sound?

With “Super Galactic,” FiveDFit go for a more grounded approach to music writing, keeping things simple and emotional. As with any good alternative song, the instrumentation is kept sparse and down to only the necessities, that being drums and guitars. The arrangements give every instrument room to breath, which is essential to a song like this. It gives the single an airy and light feel that allows for more emotional depth.

Speaking of emotional depth, that’s exactly what David Starr brings to the table with his vocal performance, a highlight of the song. Raspy, strained vocals really show off the singer’s personality and allows listeners to truly sympathize with how he feels. It also works well with the more laid-back, garage-esque sound of the rest of the tune.

While it’s difficult to nail the grungy sound of 90s alternative rock, FiveDFit pull it off with aplomb on “Super Galactic.” Evoking the sound of industry icons like Nirvana, “Super Galactic” is equally parts rough and soft, with the harsh instrumentals really providing strong contrast to the softer message of the vocals. Fans of that era of music should instantly find a lot to gravitate to here.

The story behind the song is also a fascinating one. According to David Starr, “About 2 months ago, I had a Pleiaden star ship visit me at night. A cosmic twin of an aspect of me came off, with her child, to introduce her and her family to my aspect, and to show me the Pleiaden planet where they live. There was also a second ship. After our discussion, they told me to look who to is coming off.”

While it’s a wild story, the important thing is that the song manages to convey this crazy concept quite well. With an almost nostalgic tone, “Super Galactic” manages to sell the listener on its premise very well, and that’s an accomplishment in of itself that owes to David Starr’s strong songwriting chops.

“Super Galactic” is an excellent single, and a great homage to that period of 90s alternative rock that many people adore. We can’t wait for what else FiveDFit have in store for us, especially if it’s even half as good as this.