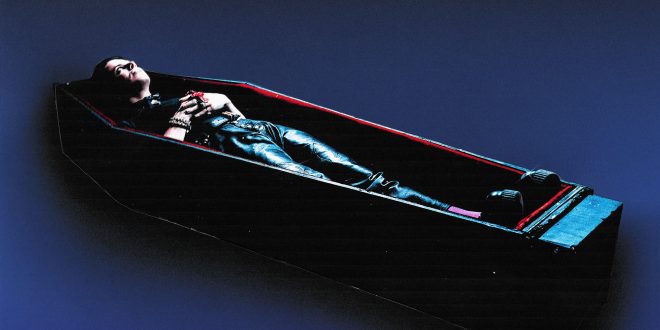 If you’re familiar with the pop-punk sounds of Yungblud’s discography then you might have been (pleasantly ) surprised this morning when the rocker from Doncaster dropped his new single “The Funeral,” via Geffen Records. Taking a more melodic approach, “The Funeral” is a softer take on rock n’ roll but nonetheless anthemic and charismatic in nature. Hardcore Yungblud fans will know that growing up in England’s north had a huge effect on his musical tastes growing up, so really, a Brit-Pop inspired song isn’t that surprising for an Oasis super fan like Yungblud.

In a statement, he explained the meaning of his recent shift in perspective saying, “I’d spent a lot of time in the last 18 months grappling with who I really want to be. I’ve honestly just felt like a bit of a hypocrite lately. I’d spent the past 4 years telling people to be unapologetically themselves and to not care about what others think and realized that was something I needed to tell myself. I felt a lot of pressure, a lot of insecurity, a lot of questioning myself. But then I wrote this song and it distilled for me what this next phase in my life, not just my career, was gonna be about. The lyrics are literally me listing off everything I’m insecure about because if you identify with what you don’t like about yourself and own it, no one can say anything that you haven’t already said to yourself. You become bulletproof. This song’s about owning those insecurities and just being fucking fearless. It’s about ego, death, rebirth and fucking dancing on your grave.”